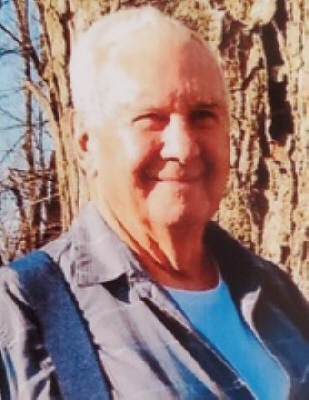 SHERBURNE: William L. Henderson, 82, was born September 9, 1938 in Newton, NJ. He died on December 10, 2020 at the Crouse Community Center in Morrisville, NY. On November 20, 2020, Bill suffered a stroke at home. He received medical attention at Bassett Healthcare in Cooperstown, NY, then Albany Medical Center, Albany, NY.
In 1956, he graduated from Newton High School, Newton, NJ. Bill was employed by his parents on their NJ farm, then worked at Ames Rubber Co. in NJ. In 1961, he was drafted to serve in the Army where he spent time overseas in Germany. On September 5, 1964, he married Barbara. In January of 1973, they started their own farm business of Fox-Hill Dairy in Augusta, NJ. In the spring of 1975, the family moved the farm business to Sherburne, NY. After disbursing the farm business in 1989, Bill started Fox-Hill Excavating. After retiring in 2008, he was able to enjoy a trip across the US, a Caribbean cruise, and an Alaskan trip.
Bill was predeceased by his parents, Lee Henderson and Mildred Little Henderson. As a beloved husband, father, grandfather and brother, he is survived by his wife of 56 years, Barbara Farber Henderson; his daughter, Brenda Shyner of LeCanto, FL; sons, Michael Henderson of Sherburne, NY, Steven Henderson and wife, Patti of Oneida, NY; grandchildren, Joshua Henderson, Kristi Jenne of Kirkville, NY; Samantha DeMuro and husband, Nick of Mobile, AL; Jessica Henderson of Sherburne, NY; his great-grandchildren, Damien Jenne, Isaac and Izabelle Henderson; sisters, Alice (Janie) Demarest of Augusta, NJ; Patricia Aukema and husband Douglas of Chenango Forks, NY; mother-in-law, Olive Farber of Sussex, NJ; sisters-in-law, Clara (Sis) Farber of Sussex, NJ; Betty Frint and husband Barry of Branchville, NJ; and many nieces, nephews, cousins and special friends..
Funeral will be private and interment will be at the Frankford Plains Cemetery, Augusta, NJ. In lieu of flowers, donations can be made to the Sherburne Emergency Squad, PO Box 924, Sherburne, NY 13460.
Arrangements by Burgess & Tedesco Funeral Home, 10 S. Main St., PO Box 341, Sherburne, NY 13460. www.burgessandtedescofuneralhomes.com
To order memorial trees or send flowers to the family in memory of William L. Henderson, please visit our flower store.