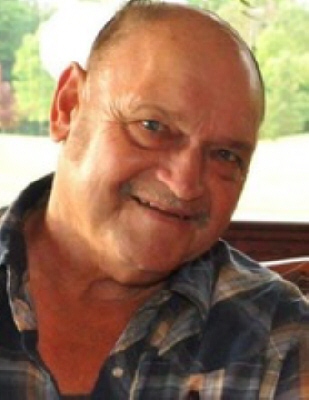 William R Morgan III (Bill), 80, of Handsome Brook Ct., Sherburne, NY, formerly of Earlville, passed away at home with his loving daughters by his side on October 10, 2021, He was born on June 16, 1941 in Lebanon, a son of William and Marian Close Morgan and a graduate of Earlville High School. On December 24, 1969, Bill married Joyce Carpenter in Lebanon, and they shared a loving union of over 51 years until her passing on July 8, 2021. Now they are reunited again. Bill was an avid shuffleboard player, he was well known around town, everyone called him “Uncle Bill”. He was a propane and service delivery person for nearly 40 years (Norgas/Buckeye/Ferrellgas), and he was known to many as the “gas man”. After retiring, he couldn’t just keep still, so he worked part-time for the Earlville Cemetery until 2018. Bill was very active in the community, he was both the treasurer and secretary over many years for the Earlville Conservation Club, a member of the Sons of the American Legion Post #236 in Earlville, on the Board for the Earlville Cemetery and held various positions within the Lebanon Federated Church. Bill and Joyce enjoyed their season tickets to the Syracuse Chiefs. Some of his most favorite times were hunting and fishing with his family and spending time with his grandchildren.
Surviving are his loving daughters and sons-in-law, Tammy and Jim King of Waterloo; Terry and Chris Link of Haverhill, MA; his grandchildren, Marshall King, Morgan (significant other, Keith) and Ryan Link; his sisters, brother and sisters-in-law: Marie Smith of Eaton; Maryann and David Roe of Marathon; Annie and Brent Livingston of Earlville; Larry and Mary Morgan of Brookfield; and Loretta Morgan of Newark Valley. John and Catherine Carpenter, and Richard Carpenter all of Sherburne; and Tina Carpenter of Mineola, IA; several aunts, uncles, nieces, nephews and cousins. Also, he was predeceased by a son, William R. Morgan, IV; and his brother Robert and brothers-in-law Robert, Ronald and David Carpenter.
Friends may call on October 23, 2021 from 10:00am-12:00pm at Burgess & Tedesco Funeral Home, 3 Preston Street, Earlville, with a service immediately followed at the funeral home. Burial service at the Earlville Cemetery. A celebration of his life will be held at the Huff Brau in Earlville after the service.
The family would like to thank all of the wonderful people who have taken care of Bill over the past two years, it would not have been possible to keep him at home without them!
In lieu of flowers, contributions in his name may be made to the Lebanon Federated Church, 1494 Billings Hill Rd., Earlville, NY 13332; or to Hospice of Chenango County, 33-39 Court St., Norwich, NY 13815.
Arrangements have been entrusted to the Burgess & Tedesco Funeral Home, 3 Preston St., Earlville, NY.
To send a condolence and sign the Book of Memories online go to www.burgessandtedescofuneralhomes.com
To order memorial trees or send flowers to the family in memory of William R. Morgan, please visit our flower store.