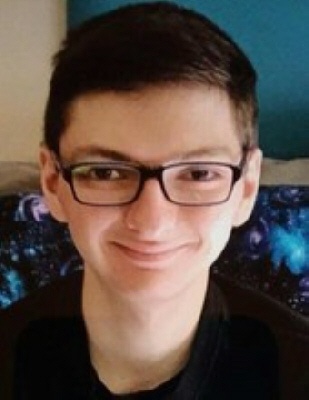 HAMILTON: Alex R. LaBrague, 25, of Utica St., passed away Wednesday, September 15, 2021 at his home.
He was born on November 16, 1995 in Oneida, NY, a son of Roland G. and Karen Marie Kelly LaBrague. Alex was a graduate of Hamilton High School in 2015. He was a communicant of St. Mary’s Church in Hamilton. Alex was a wonderful son and brother. Even though he spent the majority of his life in sickness, pain, and at out of state hospitals, he never once complained. Alex always persevered, was positive, selfless, and worried about how everyone else felt, before himself. His kindness, and outlook on life, were traits that all should strive to embody.

Alex’s biggest loves were his family, friends, his dogs, Lord of the Rings, and flying. He lived The Star Wars Life, to the fullest extent. Alex touched the lives and hearts of everyone who met him. He will be dearly missed, but never forgotten. We take comfort in knowing that “The Force Is Strong In This One…”

Surviving are his parents, Roland and Karen Marie; a brother, Max S. LaBrague of Hamilton, maternal grandparents, Dennis and Carole Kelly of Hamilton; aunts and uncles, Shawn and Sheila Kelly of Hamilton; Kathy and Rollie Sreca of Sherrill; Eugene LaBrague, Jr. of CO; Judy and Jack Kane of El Cajon, CA; Laurie and Jerry Finnigan of Spring, TX; cousins, Nina Fenson, Justin Smith, Michael Kelly, Kerrigan Kelly, Colleen Kelly and Jenna Smith. He was predeceased by his paternal grandparents, Eugene and Wilma LaBrague, his uncle and aunt Raymond and Gail Spinelli.
A Mass of Christian Burial will be celebrated at 11am Monday, September 20, 2021 at St. Mary’s Church 16 Wylie St., Hamilton.
Interment will be private at the convenience of his family.
Friends are invited to call at the Burgess & Tedesco Funeral Home, 25 Broad St., Hamilton on Sunday from 4-7pm.
Contributions in Alex’s memory may be made to the Ronald McDonald House, Maryland, 1 Aisquith St., Baltimore, MD 21202; or PAL Patient Airlift Services, 7110 Republic Airport, 2nd Floor, Farmingdale, NY 11735
To order memorial trees or send flowers to the family in memory of Alex R. LaBrague, please visit our flower store.