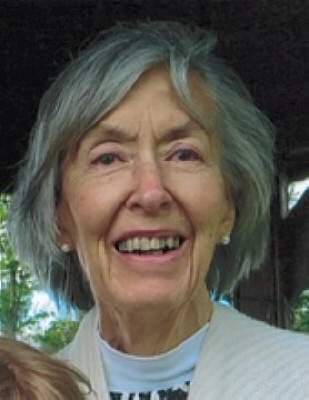 Barbara E. Meyer-Wendt, 85, of East Lake Rd., Hamilton, NY, passed away Sunday, September 9, 2018 at Community Memorial Hospital in Hamilton.
She was born December 7, 1932 in Oklahoma City, OK, a daughter of Delbert and Violet Woods Watson. She received her BA from the University of Colorado, Boulder and her Master’s Degree in counseling from Colgate University in 1985. On September 18, 1964, Barbara married Jurgen Meyer-Wendt in Wiesbaden, Germany. Barbara was a counselor at the Waterville Middle School for ten years until retiring in January 1997. She had a passion for the outdoors and actively pursued many activities including skiing, cross-country and downhill, as well as participating in ski rescue. She also enjoyed mountain climbing and was an avid hiker. The 21-year old Barbara roped down the precipitous perpendicular face of the Great Tower, 12,990-foot level on the 14, 782-foot Swiss Matterhorn; her group was forced to return from there. She noted at that time: “My reason for climbing mountains lies not only in reaching the summit […] but the joy at bringing all the human facilities together-physical, spiritual and mental-toward the attainment of a common goal […] showing how elementary are the things that constitute happiness, fulfillment.” The photo of her adventure can be seen on the Burgess & Tedesco Funeral Home website.
She loved music and singing, was an inspirational writer. After Jurgen’s retirement in 2001, Barbara and her husband translated The Souls of Black Folks by W.E. B. DuBois into German; “Deutsch von Jurgen und Barbara Meyer-Wendt” (2003).
An example of her writings is her poem, “Little Brother Coyote”, written in January 2001 in Mt. Crested Butte, Colorado:

Rising by full moon
With sleep-sharpened vision
I wander empty rooms
Peopled with chairs,
A couch, a phantom table or tow
And air made sharply visible by silver.
Cool touch of leather turns warm
As I curl and rest and contemplate
Attempting reverie aimed at planets
Encountering instead black holes
Where all consciousness dissolves
Is sucked away
Leaving just the word "inexorable"
Shimmering in the cold light of stars.

Then little brother coyote
Stalking soundlessly in aspen shadow
Deep in snow out there in distant hills
Lifts his snout toward silver orbs and twinklings
Opens his throat, rends the air, greets the universe
With his welling articulations
Speaking for me
Erasing the generations of built-up inhibition
Of my kind
As the prelude yips build triumphantly
Into the rounded endlessly extended “o”
Declaring both our beings
To the nonchalance of a winter night.

I listened, and am comforted.

Barbara was a member of the Hamilton Book Club for many years.
Surviving are her husband of 54 years, Jurgen; two daughters, Maren Meyer-Wendt of Hamilton; Lorian Bartle (Chris) of Wheat Ridge, CO; sisters, Margot Novak of OR.; Nita Watson Whitney (James) of NE; a brother, David O. Watson (Candice) of Winchester, VA; three grandchildren, several nieces and nephews.
In keeping with her wishes, services are private.
In lieu of flowers, consider gifts in memory of Barbara to the music and youth fellowship at Colgate University, 13 Oak Dr., Hamilton, NY 13346.Arrangements have been entrusted to Burgess & Tedesco Funeral Home, 25 Broad St., Hamilton, NY 13346.
To order memorial trees or send flowers to the family in memory of Barbara E. Meyer-Wendt, please visit our flower store.