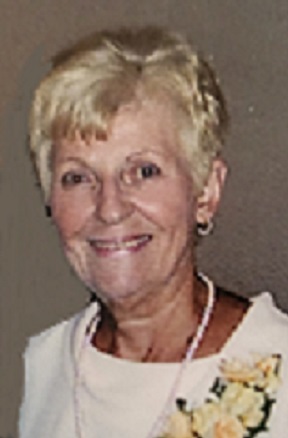 Constance M. “Connie” Kelley, 91, of Waterville, passed away on Friday, May 6, 2022 at the Waterville Residential Care Center. She was born in Utica on December 3, 1930, a daughter of the late Stanley and Bernice Lazarek Mattis and graduated from Utica Catholic Academy in 1949. On February 9, 1952, in Holy Trinity Church, Utica she was united in marriage to George P. Kelley. He predeceased her on October 27, 2015. Connie raised her family before working for the Waterville Central School System from 1972 until her retirement in 1991. She was a member of St. Bernard’s Catholic Church, Waterville, former member of the Waterville Fire Dept. Aux., and a member of the Barker Brook Golf Club, Oriskany Falls. Connie along with her husband George enjoyed golfing when and where every they could.

A Mass of Christian Burial will be Celebrated on Wednesday, May 11, 2022, at 11 AM from St. Bernard’s Roman Catholic Church, 199 Stafford Ave. S., Waterville, NY 13480.  Interment will follow in St. Bernard’s Parish Cemetery. There are no calling hours.

Contributions in Connie’s memory may be made to St. Bernard’s Roman Catholic Church Memorial Fund to be used for the areas of greatest need at church.

To order memorial trees or send flowers to the family in memory of Constance M. "Connie" Kelley, please visit our flower store.