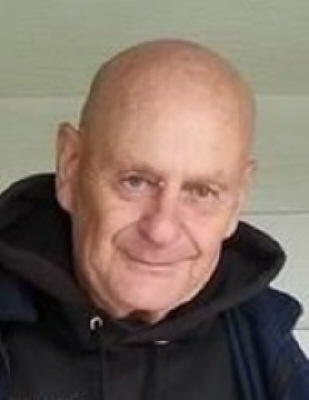 Donald T. “Tim” Noel, 76, of Eudamar Lane, Hamilton, NY, passed away peacefully at his home on Sunday, July 4, 2021.
He was born on November 7, 1944 in Niagara Falls, a son of Donald C. and Lois Eddy Noel and was a graduate of Hamilton High School. On November 16, 1963, he married Mary Barcak in Hamilton, a loving union of 57 years until she predeceased him on November 26, 2020. Donald was a veteran of the U.S. Navy, serving during the Vietnam Conflict from 1963 until his honorable discharge in 1968. He worked for the Hamilton Central School District as a custodian for 29 years, and a bus driver for 37 years until retiring. He was instrumental in starting the bus safety program for the district. He was a co-founder of the Hamilton Central School Hall of Honor and was inducted into it in 2010. He was also honored as Sports Booster of the Year in 2002 for his many years of volunteering.
Tim was a member of the Park United Methodist Church; a Life Member of the American Legion Post #375, Hamilton; a member and Past Master of the F&AM Lodge #120, Hamilton; Past Patron of the Eastern Star #511, Hamilton; and a Life Member of the Mokanno Grotto #1. For many years, he volunteered as a driver for the Senior Snack Program. He also drove a charter bus to the 1996 Olympics in Atlanta, GA. He enjoyed bowling, and in 2013, won the Betty Stewart award from Hi-Skor Lanes in Earlville. He was honored as the Grand Marshall of the Hamilton July 4th Parade in 2014.
Surviving are two sons, Donald Richard “Rick” Noel of Bouckville; Michael “Mike” and Melissa Noel of Austin, TX; sisters, Kay Noel Hoffman of Albany; and Joy Noel of Canastota; a brother, Kevin and Lori Noel of Inverness, FL; three grandchildren, Jonathan Andrew and Anne Marie Noel of Chittenango, Kristen and Henry Nunez, Megan and Danny Ornelas of Yuma, AZ; eight great-grandchildren, McKenna, Maleigh, Elsie, Andrew, Mattanah of Chittenango; Audrey, Paige and Isaac of Yuma, AZ; several nieces and nephews.
Friends are invited to call at the Burgess & Tedesco Funeral Home, 25 Broad St., Hamilton from 3-5pm on Sunday July 11, immediately followed by a Masonic Service at 5pm and a Prayer Service with military honors.
Interment will be private at the convenience of his family.

To view the LiveStream of the service, please click the following link: https://my.gather.app/remember/donald-noel
To order memorial trees or send flowers to the family in memory of Donald T. Noel, please visit our flower store.