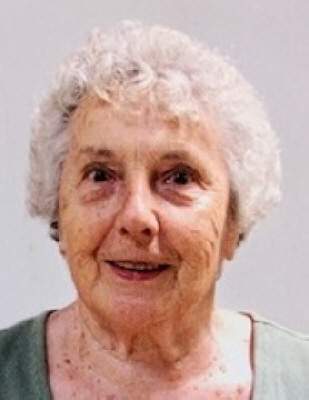 Doris J. Clark, 96, of State Route 20, Morrisville, NY, passed away Saturday, January 15, 2022 at her home.
She was born on December 28, 1925 in Oriskany Falls, NY, a daughter of the late Kenneth C. and Elizabeth May Jennings Jones. She received her early education in Oriskany Falls schools and was a graduate of Madison High School. In February 1947, Doris married Gordon J. Clark in Oriskany Falls, and they shared a loving union of 50 years until he predeceased her on May 3, 1997. Doris worked in the Comptroller’s Office at Colgate University for 44 years until retiring. She loved the outdoors and enjoyed gardening, feeding the birds and sitting on her deck watching the horses and birds. She was a strong-willed woman with a fabulous sense of humor. She was a non-stop hard worker who was always on a dead run to get things accomplished. She was devoted to her family and also enjoyed canning, baking for her grandchildren and especially loved getting together for family reunions.
Surviving are her son, Michael Clark; daughter Susan Clark (Ken Wagner); daughter-in-law, Mary Clark; grandchildren, Chris, Justin, Lisa, Brett, Sarah, Jesse, Rachel and Alyssa; her in-laws, Rosemary Jones, Melva and Lee Minotti, Audrey Clark, Joan Clark and Esther Davis; 15 great-grandchildren and many nieces and nephews. She was predeceased by her brother, Donald Jones.
In keeping with Doris’ wishes there are no services. Interment will be private at the convenience of her family.
Contributions in her memory may be made to Hospice & Palliative Care, 4277 Middle Settlement Rd., New Hartford, NY 13413.
Doris’ family wishes to thank Hospice, the staff of the Community Memorial Family Health Center in Hamilton and Amy Dennis NP for their compassionate care.
Arrangements have been entrusted to Burgess & Tedesco Funeral Home, 31 Cedar St., Morrisville, NY.
To send a condolence and sign the Book of Memories online go to www.burgessandtedescofuneralhomes.com
To order memorial trees or send flowers to the family in memory of Doris J. Clark, please visit our flower store.