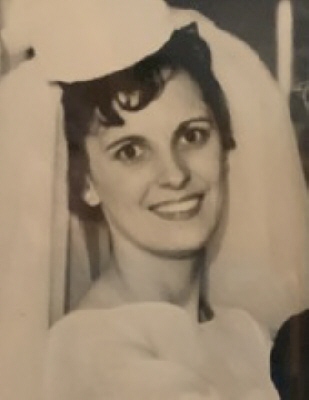 Dorothy J. Lynch, 85 of West Rd., Morrisville, NY, passed away Sunday, September 5, 2021, at Crouse Hospital, Syracuse with her loving family by her side.
She was born in Grosse Pointe Woods, MI on July 10, 1936, a daughter of the late Donald and Dorothy Schimes Cafferty. Dorothy received her early education in Detroit Schools before graduating from Scranton High School in PA., and moving to Apalachian, NY where she worked for IBM. On June 15, 1963, in St. Thomas Catholic Church in Little Meadows, PA she was united in marriage to Edward J. Lynch. Following their marriage, the couple moved to Morrisville where Mr. Lynch taught at Morrisville Ag. & Tech. College. Dorothy had worked in the Morrisville College Library and was an excellent seamstress and worked for Carter’s Clothing Store, Morrisville. She was an active member of St. Joan of Arc Catholic Church where she was Religious Education Director and served on the Consolation Committee. She received the Immaculata Award for Service, for those who generously and unselfishly give themselves to their parish. She dearly loved her family who were the light of her life. She also loved her flowers. She enjoyed reading and was a 4 H leader at one time.
Surviving is her husband, Edward; her children, Donald and Amy Lynch of Baldwinsville, Patrick Lynch of Morrisville, Diane and Christopher Fay of Henrietta, Carol and Joseph Lynch-Ricotta of Avon; grandchildren, Brianna, Catherine, Connor, Erin, Aidan and Hannah; a brother Kenneth Cafferty of Appalachian and several nieces and nephews
She was predeceased by her brother Donald Cafferty, Jr.
A Memorial Mass will be Celebrated on Saturday, September 11, 2021, at 11:30 AM from St. Joan of Arc Church, 6 Brookside Dr., Morrisville, NY 13408.
Interment will be in St. Thomas Cemetery, Little Meadows, PA.
Friends are invited and may call on Friday from 5 to 7 PM at the Burgess & Tedesco Funeral Home, 31 Cedar St., Morrisville, NY 13408.
Contributions in Memory of Dorothy may be made to St. Joan of Arc Church, PO Box 1087, Morrisville, NY 13408.
To order memorial trees or send flowers to the family in memory of Dorothy J. Lynch, please visit our flower store.