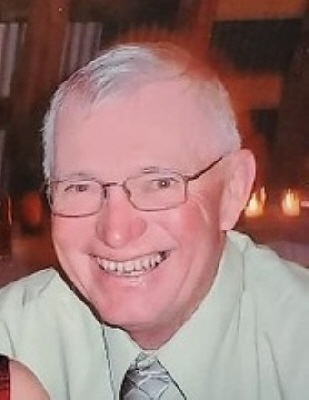 Douglas Franklin Marcellus, 71, of Hamilton, passed away on Monday afternoon, June 7, 2021 at Upstate Medical University with his family by his side.
Douglas was born on March 18, 1950 in Norwich NY, a son of Hubert and Beverly Excell Marcellus. He was raised and educated in Hamilton, graduating from Hamilton Central School class 1969. He attended Morrisville State College from 1969-1970 where he was an agriculture student and played on the men’s basketball team. After college in 1978, he took ownership of the family dairy farm with 125 registered Holsteins in Earlville, NY. He sold the dairy farm in 1987 and went to work for the Town of Hamilton highway department. In 1992 he took over as the Town of Madison Highway Superintendent. He continued to work for the Madison County Highway from 1993 until he retired in 2008. In his retirement he worked as a dedicated groundkeeper for Colgate University’s Seven-Oaks from 2004-present. He is a member of the Madison Methodist Church.
Doug was an avid golfer and enjoyed both working on the course and playing golf with his wife, children, and grandchildren. He was a member of Seven Oaks and Barker Brook Golf Course, where he played in the Tuesday night men’s golf league. Doug’s pure passion for sports growing up playing basketball and baseball, brought him back to coaching later in life. As a proud parent and grandparent he attended all their events and was a lifelong New York Yankee and SU basketball fan. Doug enjoyed being the assistant coach of the Hamilton Central Boys Basketball team from 2015-2021. He loved the relationships he built with players. Doug was also a proud owner of a 1966 Chevelle convertible, a 1972 big block Chevelle, and a 2016 Camaro.
Douglas is survived by his loving wife Lois (Fuller) who he married on August 4, 1979 at United Methodist Church; his daughter Kelli (Frank) Barbuto and grandchildren Anna, Mia, Frankie, Camillus; his two son’s Shaun (Stephanie) Marcellus and grandchildren Paige, Isla, Portsmouth, RI; Christopher Marcellus, Hamilton; his brothers Donald (Betsy) Hamilton; James (Leslie), Vernon Center; Jerry, Earlville; Mark, Earlville, Michael (Wendy), Earlville; his special niece Emily (Marcellus) and her family Andy, Teddy, and Ellie Freeth along with several other nieces and nephews.
The following services are planned to honor Doug’s life. Friends are invited to call at the Burgess & Tedesco Funeral Home, 25 Broad St., Hamilton on Thursday, June 10, 2021 from 2-4pm and 7-9pm.
Funeral Services will be held at 11am Friday at the funeral home, followed by interment in the Graham Cemetery, Hubbardsville, NY.
Donations will be to American Diabetes Association at www.diabetes.org; or Lymphoma Society at donate.lls.org.
To send a condolence and sign the Book of Memories online go to www.burgessandtedescofuneralhomes.com


To view the livestream or to watch the tribute video, please click the following link: https://my.gather.app/remember/douglas-marcellus
To order memorial trees or send flowers to the family in memory of Douglas F. Marcellus, please visit our flower store.