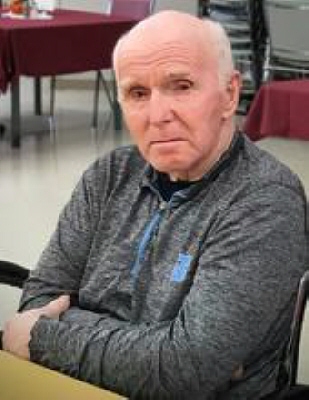 Elwyn Ray Jones, 84 of River Rd., Hamilton, NY, died on Monday, December 21, 2020 at Crouse Hospital in Syracuse from the COVID-19 virus.
He was born on March 17, 1936 in Hamilton to Clifford T. and Marian Ingham Jones. Elwyn graduated from Hamilton High School in 1953 and shortly thereafter he went to work at Paul and Pauline Nower’s farm where he lived and worked for almost the rest of his life. After suffering a stroke a few years ago, he resided at the Crouse Community Center in Morrisville. Elwyn was an extremely hard worker and was probably the happiest when he was driving a tractor or doing any other farm work. He was a beloved member of both the Jones and Nower families. Elwyn attended many Colgate basketball and hockey games, and he enjoyed the horse races, especially when one of the Nower’s horses was racing.
He is survived by his sister, Madeline Jones Daubert (Bob) of Cary, NC; his brother, Carl Jones (Marilyn) of Lancaster, Pa; and many nieces and nephews. He was preceded in death by his parents, his sister, Eleanor Jones Emanuel of Cobleskill, NY and his brother, Leon Jones of Atlanta, GA.
Graveside services will be held in the the Earlville Cemetery on Thursday, May 27, 2021 at 1pm.
Arrangements by Burgess & Tedesco Funeral Home, 3 Preston St., Earlville, NY
To order memorial trees or send flowers to the family in memory of Elwyn R. Jones, please visit our flower store.