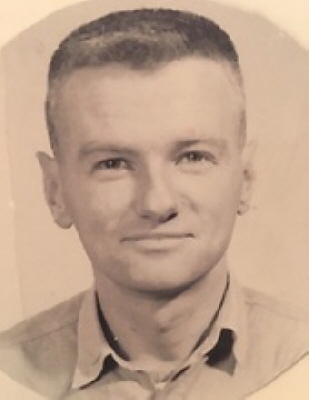 Eugene Gurley Camp, 88, of Madison Lane Apartments, Hamilton, NY, passed away Friday, August 16, 2019 at the Crouse Community Center in Morrisville, with the love, support and comfort of his family.
He was born to parents George R. and Eunice Gurley Camp on April 15, 1931 in a farmhouse once located on the former Camp family farm in Oriskany Falls. He was a 1950 graduate of Madison Central School where he met his future wife, Patricia Ann Wilson. On September 29, 1951 they married in St. Joseph’s Church, Oriskany Falls and resided on the Camp family property until moving to Madison Lane Apartments in 2009. Also known as “Gene” or “Campy” he worked as a supervisor with the NY Dairy Herd Improvement Association for 42 years until retiring in 1999. He enjoyed the hospitality and conversation of many farm families when frequently welcomed to their kitchen tables. His greatest joy was spending time with family and friends, especially at family gatherings. Chatting with friends as a member of the McDonald’s coffee club and discussing daily news was a highlight of his day. His many interests extended to being an American history buff and serving as the family historian, sharing family stories for future generations. Many family vacations were spent touring battlefields and historical sites. He was an avid reader frequenting several area libraries, and he enjoyed walking and hiking the hills around the family home, and later, the streets and trails of Hamilton. He had an amazing knowledge of antique cars and could name most by sight. Going with family members on car buying trips was always a pleasure. Gene was of the Methodist faith.
Surviving are his beloved wife of 67 years, Patricia. He was a loving Dad to two daughters, Gail Chlad of Hamilton; Susanne Mizgala (Anthony Gulisano) of Hamilton; and three sons, Eugene Albert Camp of Bouckville; John (Kristen) Camp, Dana (Cindy) Camp, all of Oriskany Falls; “Poppy” to 14 grandchildren, 24 great-grandchildren and 2 great-great grandchildren; loving brother to sister, Shirley (Sam) Fuller of DeRuyter. Also surviving are two cousins, Dennis Camp and Douglas Rockwell, numerous nieces and nephews; dear friends Dave Ginney, Paul Mulligan and Stan Davis, and the wonderful friends who visited Campy and for whom the family is grateful, Gerald and Judy Rockwell, Dave Morgan, Dwayne Button, Bill Baltusnick, Bev Cook and anyone we may have overlooked. He was predeceased by a grandson, David Thomas Camp.
Campy’s family will receive friends at the Community Room, Bldg #3, of Madison Lane Apartments on Saturday, August 31, 2019 from 1-4pm.
They wish to extend their heartfelt gratitude and appreciation to the staff of Crouse Community Center, Missy, Julie and the countless others who cared for, loved and brought smiles to our “Campy”.
In honor of Gene, visit one’s parent(s) or grandparent(s) and brighten someone’s day.
In lieu of flowers, contributions may be made in his memory to the Sarcoma Foundation of America, PO Box 98160, Washington, DC 20090-8160.
Arrangements have been entrusted to Burgess & Tedesco Funeral Home, 25 Broad St., Hamilton, NY.
To order memorial trees or send flowers to the family in memory of Eugene G. Camp, please visit our flower store.