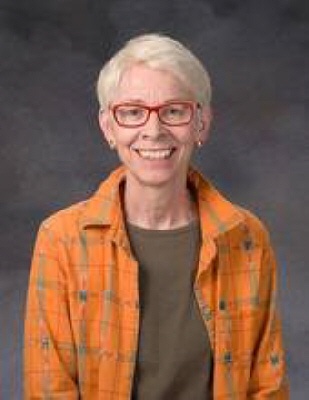 Faye E. Dudden died in her sleep at home in Eaton, Madison County, NY on October 16. She was 72 years old. Faye was a longtime resident of the Eastside of Syracuse, and more recently of Eaton.
Faye grew up on the family farm in Camillus. She was the Valedictorian of her class at West Genesee High School and graduated Magna Cum Laude from Cornell University. She held a PhD in U.S. History from the University of Rochester.
Faye Dudden was a pioneer in the field of Women Studies. Her published work focused on women’s occupations and the women’s rights movement in the 19th Century. Her book, Women and the American Theater 1790-1870, won the 1995 George Freedly award for the best book on the history of the American theater. Her most recent book is Fighting Chance: The Struggle Over Woman Suffrage and Black Suffrage in Reconstruction America.
Professor Dudden taught for twenty years at Colgate University, and earlier at Union College. She was a superb teacher, and she loved working with undergraduates. She retired from Colgate in 2016 as Charles A. Dana Professor of History. Faye was a lifelong political activist and feminist, and a strong supporter of the labor movement. She was a brilliant gardener, a hiker, and a world traveler. After retirement, she and her husband, Marshall Blake, spent winters in San Miguel de Allende, Mexico,
She and Marshall were together for fifty years. Faye is survived by him, her brother Paul Dudden, and her sister Lorraine (Rainy) Pigula. She also leaves a niece Carolyn Dudden and nephew Richard Dudden.
Contributions may be made in Faye’s memory to CNY SPCA the Glimmerglass Opera Festival, or Planned Parenthood of Central and Western New York.
Services are private under the direction of Burgess & Tedesco Funeral Home, 25 Broad St., Hamilton, NY.
To order memorial trees or send flowers to the family in memory of Faye E. Dudden, please visit our flower store.