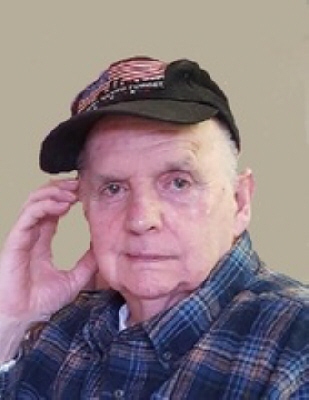 GLENVILLE, NY: Floyd T. Chapin, “Tommy” 84, of Glenville, formerly of Georgetown, passed away peacefully Wednesday, November 14, 2018 at his home with family by his side.
He was born July 6, 1934 in Hamilton, NY, a son of the late Leon and Ruth Braun Chapin and was a graduate of Georgetown High School. He was a proud veteran of the U.S. Navy where he served from 1952-56. He was stationed in the Antarctica and was involved in the expidition “Deep Freeze”. Floyd was a conservationist with the New York State Department of Environmental Conservation in Georgetown until retiring. He had owned and operated Chapin’s TV Repair in Sherburne NY. He was an avid fisherman, and collector of vintage clocks. He was a member of the National American Legion.
Surviving are his daughter, Christine (John) DeRuscio of Glenville; sons, Floyd D. Chapin and Stephen Chapin, both of Ocala, FL; daughter-in-law, RoBerta Chapin of Earlville; grandchildren, Nathan Chapin and Melissa Chapin, both of Ocala, FL; Brian (Emily) Chapin of Castleton, NY; Jillian (Travis) Belleard of Springvale, ME; four great-grandchildren, Darren, Trenton, Luke and Jack; and a brother, Charles Chapin of Sherburne. He was predeceased by a son, Robert “Rob” Chapin in 2016; and his daughter-in-law, Deborah Chapin.
In keeping with Tommy’s wishes there will be no calling hours. Graveside services with military honors in Sheds Cemetery will be private in the spring.
Contributions in his memory may be made to the Georgetown Emergency Squad, Georgetown, NY 13072.
Arrangements have been entrusted to Burgess & Tedesco Funeral Home, 31 Cedar St., Morrisville, NY.
To send a condolence and sign the Book of Memories online go to www.burgessandtedescofuneralhomes.com
To order memorial trees or send flowers to the family in memory of Floyd T. Chapin, please visit our flower store.