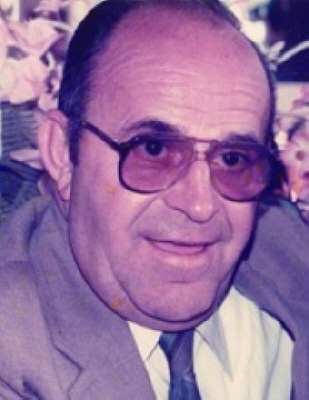 Francis A. “Vince” Nilles, 85, of Spring St., Hamilton, NY, passed away Saturday, November 30, 2019 at his home.
He was born December 20, 1933 in Chicago, IL, a son of Joseph and Barbara Marie Steffans Nilles and graduated high school in Coloma, Michigan. He proudly served his country in the U.S. Air Force during the Korean Conflict. On August 20, 1955, he married Janet J. Kolenda in Southampton, NY. She predeceased him on September 14, 1986. Vince started the Nilles Ford dealership in Hamilton in 1977 where he served as the President of the company until retiring at age 82. He was a member of the National Automobile Dealers Association (NADA). He was an avid golfer and enjoyed cars.
Vince was a communicant of St. Mary’s Church in Hamilton.
Surviving are his daughter and son-in-law, Judy and Robert Slutsky of Hamilton; son and daughters-in-law, Gregory and Diane Nilles of Dresden, NY and Jill Nilles of Madison; brother-in-law, Edward Mileski of Coloma, MI; grandchildren, Brian Nilles and fiance’, Sarah Rosario of Fairport, NY; Kimberly and David Ennis of Boston, MA; Brianna Slutsky of Atlanta, GA; and Benjamin Slutsky of Waynesville, NC; and several nieces and nephews. He was predeceased by a son, Jeffrey J. Nilles on April 3, 2019; a sister, Barbara Mileski; a brother and sister-in-law, Joseph and Carol Nilles.
A Mass of Christian Burial will be celebrated at 9am Wednesday, December 4, 2019 at St. Mary’s Church, Hamilton.
Spring interment will be in St. Joseph’s Cemetery, Hamilton.
Friends are invited to call at the Burgess & Tedesco Funeral Home, 25 Broad St., Hamilton on Tuesday from 2-4 and 7-9pm.
In lieu of flowers, contributions in his memory may be made to Community Memorial Hospital Foundation, 150 Broad St., Hamilton, NY 13346; or to St. Mary’s Church, 16 Wylie St., Hamilton, NY 13346.
To order memorial trees or send flowers to the family in memory of Francis A. Nilles, please visit our flower store.