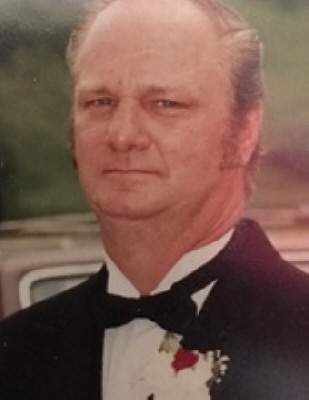 NORWICH: Gordon F. Milton, 75, of Brown St., passed away Tuesday, May 7, 2019 at Upstate Medical Center in Syracuse surrounded by his loved ones.
He was born April 17, 1944 in Rome, NY, a son of Franklin Lee and Ruth Johnson Milton. Gordon was a veteran of the U.S. Marine Corps. having served from 1961-1965. He had worked for Johnson Brothers in Cazenovia, the Town of Columbus, and then for the Town of North Norwich until retiring. Most recently, he was the watchman for the Peacock Manor Apartments where he was living. He loved old country music, surfing the internet on his computer, and was a fan of NASCAR. He will always be remembered for his smiling blue eyes.
Surviving are his children, Lesa (Richard) Angle, Plymouth; Loretta Milton, Sherburne; Teresa Trask (Mark Hyder), North Norwich; Vickie Munyan, Norwich; sisters, Judith ManWarren, Sherburne and Barbara Riggall, Hamilton; brother, Philip Milton, Sherburne; nine grandchildren, fourteen great-grandchildren, one great-great-granddaughter; several nieces, nephews and cousins. He was predeceased by his parents; his brothers, Stephen Warner Milton and Ronald Milton; and his loving step-father, Vernon Hanson.
Graveside services in the Columbus Cemetery will be private at the convenience of his family.
A celebration of Gordon’s life will be held at a later date.
Contributions in his memory may be made to the National Kidney Foundation, donate.kidney.org., in honor of the family that lovingly provided him with the gift of life; or to the American Cancer Society www.cancer.org.
Arrangements have been entrusted to Burgess & Tedesco Funeral Home, 10 S. Main St., Sherburne, NY.
To send a condolence and sign the Book of Memories online go to www.burgessandtedescofuneralhomes.com
To order memorial trees or send flowers to the family in memory of Gordon F. Milton, please visit our flower store.