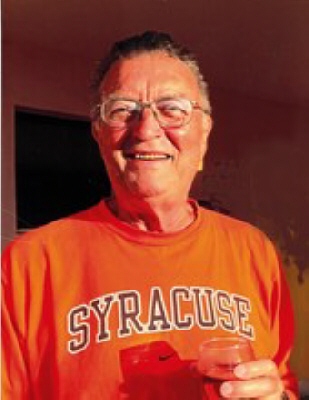 WATERVILLE: J. Richard Hughes, 81 of Waterville, passed away on Saturday, September 8, 2018 at his home.
He was born September 15, 1936 in Utica a son of the late John and Jane Wojcik Hughes. He graduated from Waterville High School and Cornell University SIGMA PHI EPSILON with a master’s degree in education and later studied geology at the University of Texas at Austin, receiving his second master’s degree.
Mr. Hughes taught 7th and 8th grade earth science at Mount Markham Central School for 35 years until his retirement. He also served as Town Justice of Sangerfield for 14 years.
He was past union president of the Mt. Markham teacher’s association, served on the board of the Oneida-Madison BOCES, was a member of the New York State Magistrate’s Association, a member and past president of the Waterville Rotary Club 4863, and past member of the Deansboro Volunteer Fire Dept., Barton Hose Company. He enjoyed traveling and spent winters in Florida. He especially enjoyed spending time with his two grandchildren, going to the beach, loved gardening, caring for his flowers and vegetables and was a supporter of Greenpeace. Cooking, music, going to concerts, geology, astronomy, yoga and Syracuse University sports were things that he truly enjoyed.
Surviving are his children; Andrea Espinosa of Utica; David Hughes of Saratoga Springs; John Patrick Hughes (Traci Lamb) of Deansboro; grandchildren, Patrick and Alicia Espinosa of Utica; a sister Karen (Michael) Bliss of New Hartford; two brothers, Robert (Carol) Hughes and Peter (Kathleen) Hughes of Deansboro; special friends Patricia Marquart of Sherrill and Robert McNamara of Waterville; his camping and hiking buddies; and several nieces and grand nieces and nephews. He was predeceased by his daughter Alicia.
A celebration of Richards life will take place at his home on Sunday, September 16, 2018 from 2 to 5 PM.
Contributions in his memory may be made to Hospice & Palliative Care, Inc. 4277 Middle Settlement Rd., New Hartford, NY 13413.
The family of Richard would like to express their heartfelt thank you to Hospice especially Janice Elliott for all care and kindness shown to Richard and his family.
Arrangements have been entrusted to Burgess & Tedesco Funeral Home, 210 E. Main St., Waterville, NY.
To send a condolence and sign the Book of Memories online go to www.burgessandtedescofuneralhomes.com

To order memorial trees or send flowers to the family in memory of J. Richard Hughes, please visit our flower store.