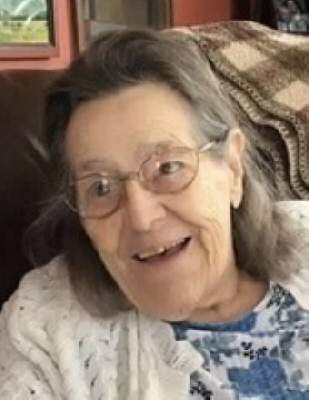 Jean M. Omerso, 87, of Eaton, NY, passed away Monday, October 8, 2018 at the Oneida Healthcare Center.
She was born in Hamilton, NY a daughter of Marcene and Marie Klem Gorton and was a graduate of Hamilton Central School and Morrisville Agricultural and Technical College. On November 2, 1952, Jean married Albie T. Omerso in Hamilton, a loving union of 61 years until his death on November 24, 2013. Jean was an LPN who worked at the Gerrit Smith Infirmary in Eaton. She was a loving and devoted wife, mother and grandmother whose family was the joy of her life.
Surviving are her children, John and Ilene Omerso of Hamden, CT; Nancy Orth of Vernon, NY; Janet Omerso and Timothy Thayer of Eaton; a sister, Dorothy Soule of Hamilton; sister-in-law, Joan Gorton of Hamilton; five grandchildren, seven great-grandchildren, many nieces, nephews and cousins. She was predeceased by a daughter, Karen Bourgeois; and three brothers, Walter, Lee and Charles Gorton.
In keeping with her wishes, services and interment are private.
Arrangements have been entrusted to Burgess & Tedesco Funeral Home, 31 Cedar St., Morrisville, NY.
To order memorial trees or send flowers to the family in memory of Jean M. Omerso, please visit our flower store.