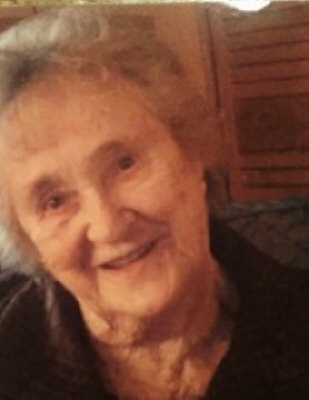 Jeannine C. McGregor, 89, of Sherburne, formerly of Hamilton, peacefully passed away Friday, November 23, 2018 in Oneida.
She was born August 7, 1929, daughter of the late LeRoy and Alta Schuyler Cook. She was a 1947 graduate of Hamilton Central School. She was married September 27, 1947 and predeceased by her husband of 66 years, Lewis A. McGregor, Jr.
She worked for American Management Association and College Pharmacy before retiring from Town & Gown in 2000 where she was a bus aide for young children. She grew very fond of the children over whom she watched. Jeannine and her husband spent their life in Hamilton where she was a member of the First Baptist Church, Order of the Eastern Star #511 and Hazbe Rebekah Lodge where she was a past Noble Grand. Together, she and Lewis were ushers at Colgate football and hockey games.
Surviving are her children, Karyn (Larry) Briggs of East Falmouth, MA, Keith “Kip” (Linda) McGregor of Huddleston, VA, Susan (Steven) McLaughlin of Bolton Landing, New York, Wendy (Michael) Wells of Hamilton and Michael McGregor of Hamilton; brothers-in-law Wayne (Florence Wyman) McGregor of Westmoreland and Leon (Gloria) McGregor of Duanesburg; 13 grandchildren; 21 great grandchildren; and many nieces and nephews. She was predeceased by sisters, Audrey Pendergast, Mary Vandegrift, Dolores Ewert, Alta Jerreld and Nancy Jeski; and a brother, Norman Cook.
In keeping with her wishes, services will be private. She will be deeply missed by her family and friends.
Friends are invited to call from 5-7pm on Friday, November 30, 2018 at Burgess & Tedesco Funeral Home, 25 Broad St., Hamilton.
Contributions may be made in her name to American Heart Association and Bonnie J. Addario Lung Cancer Foundation, 1100 Industrial Rd #1, San Carlos, CA 94070.
To order memorial trees or send flowers to the family in memory of Jeannine C. McGregor, please visit our flower store.