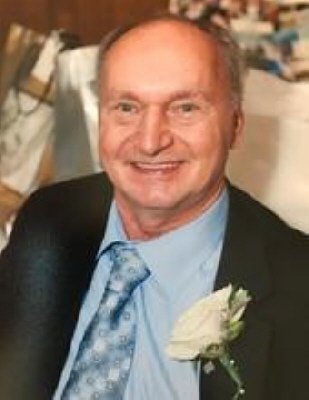 John R. Jadwick, 65, of Herkimer Rd. Utica, NY, passed away Monday, June 22, 2020 at his home after a very long and courageous battle with Multiple Sclerosis. He was able to remain in his home throughout his illness due to the loving and supportive care of his son, Chris.
He was born in Utica on August 12, 1954 a son of the late Raymond and Mary Novak Jadwick and was a graduate of Whitesboro High School. He had been employed at St. Elizabeth's Medical Center. John attended St. Peter's Church in North Utica. His greatest pleasure was his family. He enjoyed Sylvan beach, car shows, John Mellencamp, his birds, making spaghetti sauce, and playing pool. He also had a passion for taking pictures and having photos all around his house. John was a very positive and courageous man with strong determination. He had a heart of gold and great sense of humor and touched everyone’s lives in a positive way. John had a very strong bond with his mother.
Surviving are his son and daughter-in-law, Christopher (Crystal) and granddaughters, Amanie and Christianna Jadwick of Madison, a daughter, Heather Jadwick (Wilbur Lampton) of Hubert, NC; his sisters, Barbara (Richard) Zito of Saratoga Springs, Janet Grabowski of Utica, Doreen Jadwick of Delray Beach, FL, Elaine Pridemore of Deerfield; brothers Raymond Jadwick, Jr. of Utica, and Robert Jadwick of Maine. He also leaves behind many nieces and nephews: Tricia (Steve) Zito, Rob (Sara) Zito, Erik (Janice) Grabowski, Shaley Grabowski, Shelby (Juan) Britos, Justin (Hannah) Assisi, Eric (Corinne) Rothdiener, Kristi (Todd) Allen, Brandon (Kayleigh) Rothdiener, and Z (Katya) Jadwick. He was predeceased by a sister, Susan (John) Assisi.
Service will be private.
Friends and family are invited and may call on Friday June 26, 2020 from 5 to 7 p.m. at the Burgess & Tedesco Funeral Home, 210 East Main St., Waterville, NY 13480.
Interment will be held at the convenience of the family.
Contributions in John's memory may be made to the Multiple Sclerosis Resources of CNY, Inc., PO Box 237, E. Syracuse, NY 13057.
To order memorial trees or send flowers to the family in memory of John R. Jadwick, please visit our flower store.