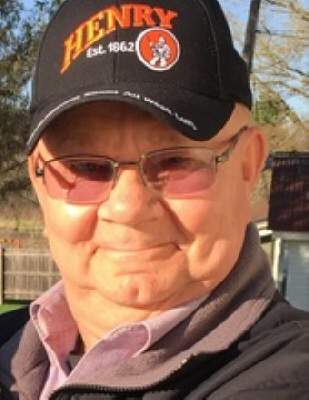 John R. Powell, 69, of East Street North, Sherburne, NY passed away unexpectedly at home on Wednesday, September 5, 2018.
He was born November 17, 1948 in New Berlin, NY, a son of Robert “Bob” Powell and Dorothy Borchardt Cunningham and was a graduate of Sherburne High School. John was a veteran of the U.S. Army from 1968 to 1971 serving as a military policeman during the Vietnam Conflict. On October 18, 2000, John married Baby Baylon in the Philippines. John was a Chenango County Deputy Sheriff for 27 years until retiring in 1999. He served as Chenango County Justice in Sherburne from 2010 to 2017. Currently, he was a bus driver for the Sherburne-Earlville School District for the past 16 years. He was a devoted and loving husband, father and grandfather. John enjoyed playing golf, doing ceramics, Chevy trucks, and riding his Harley-Davidson motorcycle. He was a member of American Legion Post #876 in Sherburne.
Surviving are his wife, Baby; his mother, Dorothy Cunningham of Norwich; step-mother, Lenora Powell of Norwich; his children, Neil and Cui Powell of Springfield, NJ; Jill and Michael Krick of Volney; Brittanni Powell and significant other, Tyler Kinley of Jupiter, FL; Trisstann Powell and fiancé, Amos Parry of North Norwich; and Pamela Powell of Syracuse; grandchildren, Miyna Chen-Powell and Conlin Chen-Powell, both of Springfield, NJ; Gavynn Krick of Volney; and Blairre Parry of North Norwich; sisters, JoAnn Powell of Novi, MI; Sandra Hendricks of Norwich; Joan and Christopher Kerr of Solon, OH; brother-in-law, Bernard Cooper of Greene; and several nieces and nephews. He was predeceased by his father, Robert Powell; a sister, Christine Cooper, and a brother, Robert Powell, Jr.
Funeral services and interment in the Sherburne Quarter Cemetery are private at the convenience of his family.
Friends are invited to call at the Burgess & Tedesco Funeral Home, 10 S. Main St., Sherburne on Sunday, September 9, 2018 from 12 Noon until 3PM.
Contributions in his memory may be made to the American Legion Post #876, Sherburne.

To order memorial trees or send flowers to the family in memory of John R. Powell, please visit our flower store.