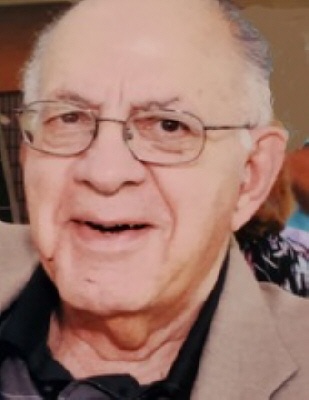 Joseph E. “Joe” Nassimos, 83, of Hamilton passed away Thursday, January 2, 2020 at the Katherine Luther RHCF in Clinton.
He was born September 14, 1936 in Utica, a son of James and Alice Astour Nassimos. He was a graduate of Proctor High School in 1954, received a BA in Accounting from Niagara University and a Master’s Degree in Education from Syracuse University. On July 25, 1959, Joseph married Dolores Marie Saba in Sherburne, NY, which was a loving union of 55 years until she predeceased him in 2014. Joe worked as an auditor for New York State for several years. He taught at Rome Free Academy before taking a position as a Professor of Accounting at SUNY, Morrisville. In 1972, he was among the first to receive the “Chancellor’s Award” for excellence in teaching and was the first recipient at SUNY, Morrisville. He was promoted to the position of Dean of the School of Business at SUNY, Morrisville, holding the position for several years before going back to teaching prior to his retirement in 1995. He was an avid card player and enjoyed playing golf but spending time with his family was most important to him.
Joe was a member of St. Basil’s Malkite Church in Utica and a communicant of St. Mary’s Catholic Church in Hamilton. He served as a Trustee of both churches for many years.
He is survived by his five children, Alice and Doug Jones, James and Colleen Nassimos, Gregory and Colleen Nassimos, Jennifer Barnes and her partner, Mark Lewis; Joseph and Sheila Nassimos; 13 grandchildren, Lucas Jacobs, Damon (Melissa) Jacobs, Leigh (Derrick) Masker, Emily Barnes, Abigail (Michael) Hall, Nicholas Barnes (fiancée, Cyndee Wendt), Geoffrey (Lylia) Nassimos, Alexander Nassimos, Samantha Nassimos, Rachel Nassimos, Daniel Nassimos, Brooke Nassimos and Noah Nassimos; 4 great-grandchildren, Kylee Jacobs, Jace Jacobs, Hadley Masker and Weston Hughes; his siblings, John Nassimos, Edward (Carmella) Nassimos, Violet (George) Yany, Patricia Nassimos and Selma Smith. Also surviving are a sister-in-law, Jackie Nackley, brothers-in-law, Ignatius (Jacqueline) Saba, Anthony (Elaine) Saba; a special friend, Jerry Jacobs, several cousins, nieces, nephews, great-nieces and nephews and great-great-nieces and nephews. He was predeceased by his parents, his stepmother, Mary Nassimos; brother, Fred Nackley, brother-in-law Harry Smith, and sisters-in-law, Rosemary Saba, Mary Lou Nassimos and Ann Nassimos.
A Mass of Christian Burial will be held at 9am Monday, January 6, 2020 at St. Mary’s Church, 13 Wylie St., Hamilton, NY.
Interment will be in St. Joseph’s Cemetery, Hamilton at a later date
Friends are invited to call at the Burgess & Tedesco Funeral Home, 25 Broad St., Hamilton on Sunday from 2-5pm. The Rosary will be recited at 1:45 pm.
Contributions in his memory may be made to the Madison Fire Department or to the Parkinson’s Foundation.
To order memorial trees or send flowers to the family in memory of Joseph E. Nassimos, please visit our flower store.