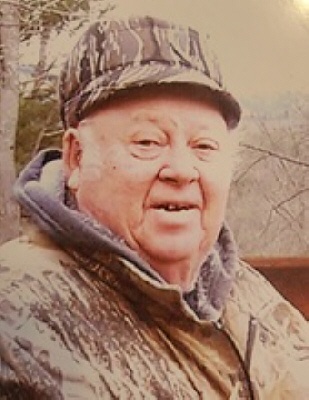 WATERVILLE: Kenneth E. “Beaver” Timian, 86, of Putnam St., passed away Thursday, September 24, 2020 at the Waterville Residential Care Center.
He was born May 27, 1934 in Clinton, NY, a son of Robert and Frances Dowd Timian and received his education in Clinton schools. He was a proud veteran of the U.S. Army having served from 1953-1956 during the Korean Conflict with the 508th Airborne Regiment HQ Battalion 320 Field Artillery Battery.
On December 5, 1958, Kenneth married Winifred I. Jones in Big Bend, PA, a loving union of over 61 years. He owned and operated the Timian Farm for many years, before moving on to work for the Town of Sangerfield and ending his career at American Asphalt. He enjoyed hunting, camping and motocross events with his family.
Kenneth was a communicant of St. Bernard’s Church in Waterville. He was a member of the V.F.W. Post 9591 in Clinton; a 58 years member of the Clifford J. Fulmer American Legion Post 92 in Sangerfield and the Waterville Fish and Game Club. He was a former member of the Waterville Fire Department.
He will be sorely missed and survived by his beloved wife, Winifred; his faithful beloved dog Penny; his children, Bonnie and Mike Urben of Knoxboro; Deborah Denison and Ed Wystozaly of Bridgewater; Linda Timian and Tony LoRusso, Kenneth “Sam” and Lynn Timian, Lorrie “Dust” and Matthew Belfield, Joseph and Sue Timian, all of Waterville; sisters Jean O’Shea of TN and Gail Sturdevant of Deansboro; brothers, Ronald “Red Ball” Timian of Waterville, Paul “PJ” and Linda Timian of TN; 14 grandchildren, 16 great-grandchildren; several nieces, nephews and cousins.
Graveside services with military honors will be held at 11am Monday September 28, 2020 at St. Bernard’s Cemetery, Waterville.
Contributions in his memory may be made to the Waterville Fire Department, 222 East Main St., Waterville, NY 13480 or to the Steven Swan Humane Society, 5664 Horatio St., Utica, NY 13502.
Arrangements have been entrusted to Burgess & Tedesco Funeral Home, 210 E. Main St., Waterville.
To order memorial trees or send flowers to the family in memory of Kenneth E. Timian, please visit our flower store.