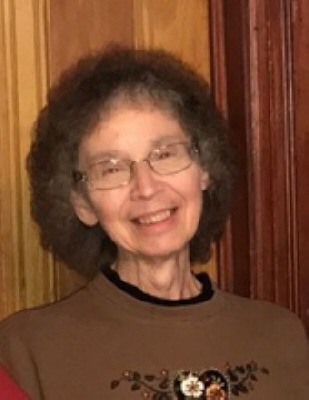 Linda Elizabeth Knapp, 71, of Hubbardsville, NY, passed on to be with the Lord on July 21, 2021. She was born in Tuxedo, NY to Gerald E. Stalter, Jr. and Elizabeth (Perkins) Stalter. She spent her youth at Lake Kanawauke, Doodletown, Washingtonville, Rock Tavern, and Campbell Hall in Rockland and Orange Counties, NY. She was a 1966 graduate of Valley Central High School in Montgomery, and trained as a nurse at the Middletown State Hospital. While in training, she was diagnosed with Hodgkins disease. During treatment she was designated as “Miss Hope” of Orange County by the American Cancer Society. She pursued her career at Horton Hospital in Middletown, Bellevue Maternity Hospital in Niskayuna, and Community Memorial Hospital in Hamilton. While at CMH, she devoted her skills to labor and delivery as her specialty. Following her nursing career, she was employed by New York Central Mutual in Sherburne in the medical claims department. In 1975, she married David Paul Knapp of Montgomery. After several moves, the couple made their home in Hubbardsville where Linda resided until her death. Their two children are Sarah and Karl Knapp. Linda served at the East Hamilton United Methodist Church where she taught in the children’s ministry and worked tirelessly to creatively maintain the church’s Camper Fund. She was well known for organizing raffle dinners and for her specialty: baking delicious pies! Linda was predeceased by her husband David, her father Gerald (Ed) Stalter, and her nephew Benjamin Fox. Surviving are her daughter Sarah Knapp of Averill Park, NY, and her son Karl Knapp of Astoria, Queens; her grandchildren Private First Class Moody, Makayla, and Joseph; her mother Elizabeth Stalter of North Brookfield; her sisters and brothers-in-law Nancy and Julio Ayala of Waterville, Lisa and Steve Gibbs of Big Rapids MI, and Karen and David Fox of North Brookfield.
Calling hours will be held on Monday, July 26, 2021 from 6 to 8 pm at Burgess & Tedesco Funeral Home, 25 Broad St., Hamilton NY.
The funeral service will be conducted at East Hamilton United Methodist Church on Route 12 in East Hamilton on Tuesday, July 27, at 11:00 am. Burial at the North Brookfield Cemetery will follow the service. In Linda’s memory, please consider donations to the Community Memorial Hospital Foundation, , c/o Sam Cooper, 62 Eaton St., Hamilton, NY 13346 (in the memo line put: Community Wellness Center); or to the East Hamilton United Methodist Church (designate for “camper fund”) 8145 Green Road, Hubbardsville NY 13355.

To view the LiveStream of the service, please click the following link: https://my.gather.app/remember/linda-knapp
To order memorial trees or send flowers to the family in memory of Linda E. Knapp, please visit our flower store.