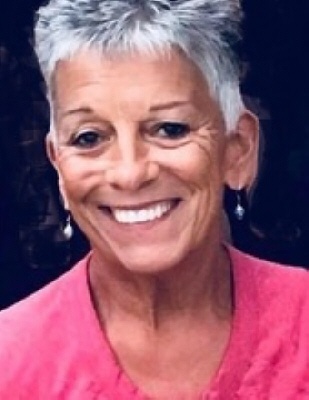 Lorraine S. “Laurie” Kane, 65, of Jantzen Rd., Earlville, NY, passed away Sunday, April 12, 2020 at her home surrounded by her loved ones.
She was born September 14, 1954 in Norwich, NY, a daughter of Bernard P. and Enid “Betty” Tarbell Thayer and was a graduate of Sherburne-Earlville High School in 1972. In December 1972, Laurie married James A. Kane in Earlville who predeceased her on August 23, 1980. She was a daycare provider for many years. She had previously been a teacher’s aide at the Chenango Nursery School and Hamilton Central School and had also worked at Community Memorial Hospital at one time. She enjoyed gardening, baking and reading. Laurie’s grandchildren were her pride and joy and the light of her life.
Surviving are her fiancé, Charlie Rodman; her children, Nikki (Gary) Fleming and Heather Manley, all of Smyrna; Dione Kane of Earlville; Laura (Lynn Compton) Rodman of Poolville; Cassidy (Cory Legacy) Rodman of Oriskany Falls; sisters, Roxy (Fred) Waldruff of Earlville; Tina (Steven) Frawley of Hamilton; a brother, Ike (Nita) Thayer of Earlville; her precious grandchildren, Michael, Ben, Sam, Ian, Blaine, Liz, Jim and Claire; and beloved great-grandchildren, Italia and Eli. She is also survived by several nieces, nephews and cousins.
Due to the current health concerns, a celebration of Laurie’s life will be held at a later date and time to be announced.
Interment will be private at the convenience of her family.
Contributions in her memory may be made to the Earlville Fire Department, PO Box 37, Earlville, NY 13332.
Arrangements have been entrusted to Burgess & Tedesco Funeral Home, 3 Preston St., Earlville, NY.
To order memorial trees or send flowers to the family in memory of Lorraine S. Kane, please visit our flower store.