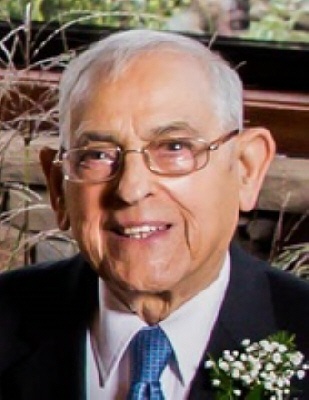 Louis C. Langone, 87, son of the late Louis and Catherine Corleto Langone, passed away on January 5, 2019. He was born on February 16, 1931 in Hubbardsville, NY. After graduating from Waterville Central School in 1948, he enlisted in the regular Navy at the age of 17 and served in the Korean War. As a Navy veteran, he served as a Yeoman in the Panama Canal Zone and Newfoundland, as well as a crewmember aboard the attack transport USS GLYNN (APA-239). In 1974, he joined the Naval Reserve and was recalled during the First Gulf War in September of 1990, serving in Italy before retiring from the reserves in 1991 as a Yeoman First Class Petty Officer. For his service, he received the Navy Achievement Medal.

Prior to his naval service, he attended Utica College of Syracuse University and transferred to the main campus in Syracuse in his junior year, majoring in secondary social studies education. He received his BA and MA degrees from Syracuse University and, in succeeding years, completed one year of graduate work beyond his master’s degree. He taught secondary social studies at Homer, Milford, West Winfield, and Mount Markham Central Schools, retiring in 1986. In the summer of 1965, he was selected to participate in a South Asia project sponsored by the U.S. Office of Education, NYS Department of Education, and Syracuse University and, after coursework in 1965, he traveled with a group of teachers around India in the summer of 1966.
He was the Social Studies Department Chairman at Mount Markham and also taught social science in the evening division at Mohawk Valley Community College. Over the years, he also served as town justice and councilman. Following retirement, he worked part-time as a real estate agent with Lemery Realty of Waterville and served a short time as Supervisor of the Town of Marshall.

Mr. Langone was a lifetime member of St. Bernard’s Church, spending his youth as an altar boy. Throughout the years, he served as a lector, member of parish council, and participated in many other forms of church service. In addition, he was a member of the Waterville Rotary, the Clifford J. Fulmer American Legion Post 92 (55 years), Waterville Historical Society, Mid-York Mycology Club, and the Utica Mohawk Valley Railroad Chapter. He was active in the Soldiers and Sailors Monument Park Association where he previously served as secretary and assisted with the bricklaying project which helped family members commemorate local veterans. The Rotary recognized Mr. Langone with the Paul Harris Fellow and the Roses for the Living Award and, in 2012, the Waterville Central School District Foundation awarded him with a Community Member Award. His Italian heritage fostered his love of garlic, spaghetti sauce, and interest in languages, as well as other cultures. He enjoyed gardening, cooking, singing, and studying mushrooms. In his retirement, he merged his love for history and storytelling by writing narratives that brought the past to life. He is the author of two books The Star in the Window: Select Stories of World War II Veterans and Railroad Days: Memories of the Delaware Lackawanna and Western Railroad and Erie-Lackawanna Railway Company.

In lieu of flowers, kindly consider donations to the Soldiers and Sailors Monument Park Association, St. Bernard’s Church for the restoration and preservation of the church, and Stevens-Swan Humane Society. Thank you to Dr. David Petrie, Debbie Jones, Amanda Turck, Kara Roberts, Wendy Eastman, and Carol Farber of the Waterville MVHS office; Lily, Edna, and Frieda Stoltzfus; and the many home caregivers who provided both support and friendship.

Friends are invited to call at the Burgess & Tedesco Funeral Home on 210 East Main Street in Waterville, NY, on Friday, January 18th from 2-4pm and 7-9pm. A memorial service will be presented by the American Legion, Clifford Post 92 at 7pm on Friday at the Funeral Home.

A Mass of Christian Burial will be celebrated on Saturday, January 19th, at 11am, with military honors, at St. Bernard’s Church on 199 Stafford Avenue in Waterville, NY. Interment will be in St. Bernard’s Cemetery in the spring.
To order memorial trees or send flowers to the family in memory of Louis Carmen Langone, please visit our flower store.