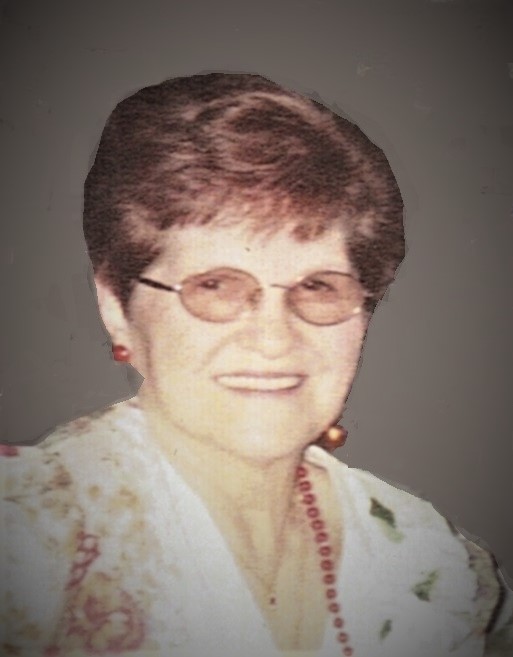 WATERVILLE: Lovina Patricia (Lallier) Staring, 90, of White St, On the morning of Good Friday April 15, 2022 she peacefully went to lay with the angels in heaven along with her beloved husband who she has longed to be reunited with, at her home with her loving family by her side. She was born July 12, 1931 in her Grandmother’s home in Sauquoit, the daughter of Wendel and Viola Smith Lallier and attended Sauquoit schools. On January 27, 1951 she married her sweetheart Adrian “Pal” Staring at St. Patrick’s Church in Clayville NY. They shared a loving marriage of 54 years. Lovina was a very active Avon lady for 25 years, as well as volunteering at Harding Nursing Home for 25 years and was also a member of the Red Hat Society. She was a devoted member of St. Bernard’s Church where she served as a Eucharistic Minister, assisting in distributing Sacrament Wine during Mass. She loved family reunions and summers at camp and holiday dinners at home with all her family.

There will be no calling hours. In keeping with Lovina’s wishes, a Mass of Christian Burial will be Celebrated on Saturday, April 23, 2022 at 11:00am (All are welcome to Mass at St. Bernards church) followed by interment in St. Bernard’s Cemetery.

The family would like to extend a special Thank you to Hospice & Palliative Care, Inc. – “The Caring Angel’s Home” along with Frieda Stoltzfus, and Veronica Matteson who were deeply appreciated for their loving care for Lovina. and all the others who came and helped care for Lovina L. Staring.
In lieu of flowers, please consider donations to Hospice & Palliative Care, Inc., 4277 Middle Settlement Rd., New Hartford, NY 13413, or St. Bernard’s Roman Catholic Church, 199 Stafford Ave., Waterville, NY 13480.

To order memorial trees or send flowers to the family in memory of Lovina L. Staring, please visit our flower store.