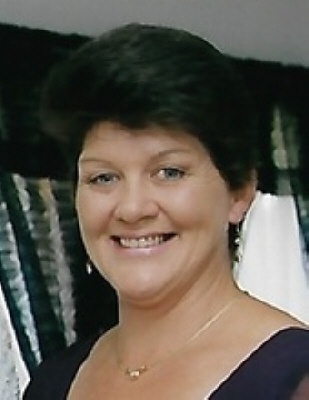 MORRISVILLE: Marilyn Jane Wood, 61, of Peterboro Rd., passed away Sunday, October 20, 2019 at the Oneida Healthcare Center.
She was born March 27, 1958 in Rockville Center, a daughter of the late Harold Murphy and Marilyn Jane Bell. She was a graduate of Cooperstown High School and received her Associate of Science degree in legal administrative and secretarial studies, from Endicott College. She had worked for Green & Gibbons Law Office, New York Central Mutual Insurance Co., was the Hartwick Town Clerk, and at the Felt, Evans Law Firm in Clinton. Jane enjoyed crocheting and sewing, as well as painting miniature Christmas homes. She was a loving mother and grandmother whose family was her greatest joy. She was a former member of the Cooperstown American Legion Post Auxiliary.
Surviving are her children, John and Naomi Degan and their son, John R. of Westfield, IN; Jerome and Erin Degan and their children, Ethne and Owen of Bainbridge; Jessica and Jason Tomcho and their children, Joshua, Julianna and Jacob, of Morrisville; her twin sister and brother-in-law, Jean and Mike Servizio of Beverly, MA; brothers, Michael Murphy of San Diego, CA; Mark Murphy of Cooperstown and Matthew Murphy of Cherry Valley; and many nieces, nephews and cousins.
A Mass of Christian Burial will be celebrated at 1pm Thursday, October 24, 2019 at St. Joan of Arc Church, Brookside Dr., Morrisville.
Friends are invited to call at the Burgess & Tedesco Funeral Home, 31 Cedar St., Morrisville on Thursday from 11am to 12:30 pm prior to the Mass.
To order memorial trees or send flowers to the family in memory of Marilyn Jane Wood, please visit our flower store.