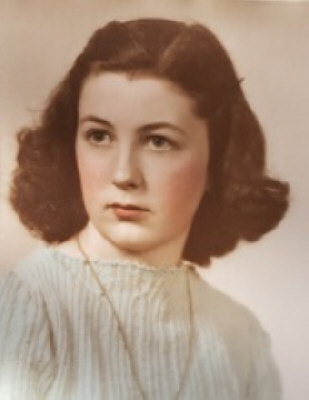 Mary R. Woodhouse, 96, of Sanger Ave., Waterville, NY, passed away Thursday, February 28, 2019 at the Waterville Residential Care Center.
She was born February 6, 1923 in Waterville, a daughter of John and Katherine Hayes Ruane and was a 1941 graduate of Waterville High School. Mary married George T. Woodhouse on June 11,1949. He predeceased her on January 28, 1996. In her early years, Mary was a bookkeeper for GLF in Waterville. Later, she assisted her husband in the operation of their business, Woodhouse Liquor Store in Waterville.
Mary was a communicant of St. Bernard’s Church in Waterville; and a charter member of the Waterville Fire Department Auxiliary. She was an avid and outstanding bowler who won a state championship. She also loved to vacation and travel.
Surviving are her children, Robert Woodhouse of Rochester; Scott and Carrie Woodhouse of Waterville; granddaughter, Carly Woodhouse (Bob Galinski) of Waterville; many nieces and nephews. She was predeceased by a sister, Ruth Reilly; and four brothers, Owen, Leo, Robert and Edward Ruane.
Funeral services are private at the Burgess & Tedesco Funeral Home, 210 E. Main St., Waterville.
There are no calling hours.
Interment will be in St. Bernard’s Cemetery, Waterville in the spring.
Mary’s family wishes to thank her special friend and caregiver, Pat Kemp, and the staff of the Waterville Residential Center for their kind and compassionate care.
Contributions in her memory may be made to the James H. Reilly Scholarship Fund c/o Waterville Central School, 381 Madison St., Waterville, NY 13480; or to Hospice & Palliative Care, Inc., 4277 Middle Settlement Rd., New Hartford, NY 13413.
To order memorial trees or send flowers to the family in memory of Mary R. Woodhouse, please visit our flower store.