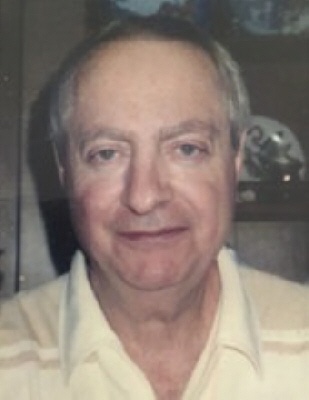 Matthew Nazario Castellucci, 95, of Oriskany Falls, NY, died peacefully in his sleep Tuesday, July 9, 2019 at the Katherine Luther Rehabilitation and Nursing Center in Clinton.
Matthew was born September 18, 1923 in New York City, son of the late Nazario and Maria Antoinette Votto Castellucci. Matthew graduated from the prestigious college preparatory Stuyvesant High School in 1940 and then pursued his Bachelor Degree in Math and Science from City College of New York. While at City College Matthew was a member of the Reserve Officer Training Corps. After graduation, he studied at New York University Graduate School of Education, then earned his master’s degree in education from Syracuse University in 1955.
Matthew proudly served in the 64th U.S. Army Air Force Meteorology Detachment from 1943 until his honorable discharge in 1946. On June 17, 1944, Matthew was united in marriage to the former Anne Hoch in New Haven, CT, a loving union of over 71 years until her death on January 23, 2016. Matthew was Professor Emeritus of mathematics at The State University of New York, Morrisville from 1962 until retiring in 1985. Matthew served as president of his local chapter of the American Association of University Professors at SUNY Morrisville and was an active member of the American Italian Historical Association. As a Republican, he served as the head of the Oriskany Falls democratic caucus. Matthew’s proclaimed hobbies included “shoveling snow in the winter, mowing the lawn in the summer and raking leaves in the fall”. He also enjoyed collecting stamps and coins and engaging in spirited public debate. Recognized for his thought provoking and common sense political analysis, the Observer Dispatch published an article entitled, Write on Matthew Castellucci in which Matthew eschewed his reasons for frequent letters to the editor; “when things annoy me or when statements need to be corrected.” Matthew was a loving husband, father, and grandfather and could often be heard sharing his “shaggy dog” stories and jokes with his family and friends.
Surviving are three sons and daughters-in-law, Anthony and Mary Castellucci of Katy, TX; Robert and Gayle Castellucci of Oviedo, FL; Eric and Michele Castellucci of Tampa, FL; seven grandchildren, and William Armande Castellucci, great-grandchild;
He was predeceased by his brother, Tony Castellucci, and sisters, Yvonne Castellucci, Mary Carbonella and Francine Gagliardi.
Graveside services with military honors in St. Joseph’s Cemetery, Oriskany Falls will be held at a later date at the convenience of his family.
Arrangements have been entrusted to Burgess & Tedesco Funeral Home, 210 E. Main St., Waterville, NY.
To order memorial trees or send flowers to the family in memory of Matthew N. Castellucci, please visit our flower store.