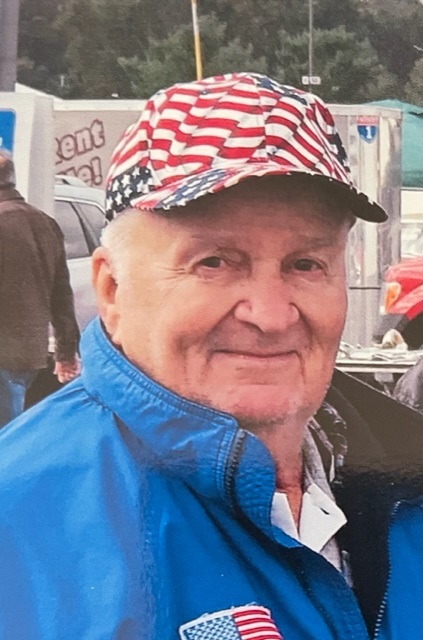 Myron “Dereck” Wilson, 85, of Earlville Rd. Earlville, NY passed away peacefully in his home with family by his side on Monday, May 23, 2022. Dereck was born on March 2, 1937, in Earlville, NY to Pearl and Harold Wood Wilson. Dereck was the second to the youngest of 14 brothers and sisters. He attended Waterville schools and served in the U.S. Marines. On October 24th, 1964, he married Judie Grey Upham (Wilson) in the Lebanon Federated Church. Dereck has been a valued member of the Earlville community for several years as he has lived here for much of his life. Throughout Dereck’s adult life, he had several professions, hobbies, and accomplishments. Members of the surrounding communities will remember Dereck from when he was the owner and operator of the Wilson’s Service Station from 1965-1980, owner and operator of the Red Barn Roller Rink in Earlville and the Roller Blue in Norwich. Dereck also served on the Village of Earlville Board for some time. Dereck was an antique car enthusiast who enjoyed driving around in his antique cars, especially his 1915 Ford Hudson, going to car shows, and touring with his wife and close friends. He was also member of several antique car clubs. Dereck deeply enjoyed going to antique shows such as the Bouckville Antique show and flea markets with his wife Judy where they bought and sold many of their favorite antiques. Dereck has been predeceased by his wife Judie Wilson in 2016, his son Michael Dereck Wilson in 1994, sisters Gloria and Maris, Phyllis Bigford, Beverly Bottoff, Patricia Ryberg and Vaune Bigford, as well as his brothers, Eugene Wilson, Fred “Dick” Wilson, and Sanford Wilson. Surviving him are his daughter Michele Bailey of Earlville, his daughter-in-law, Robin Wilson of Earlville, his grandchildren, Ashley Bailey, Logan Bailey, and Michael Wilson Jr., his Great-Grandchildren Rileigh and Kloe, his sisters Janice Brown of NC, Carole Keyes of Morrisville, and Nancy Wild of NC, his brother Gale Wilson of Mt. Upton, his sister-in-law Donna Wilson of VA, as well as many nieces, nephews, and several Great-nieces and nephews. A private family viewing was held at the Burgess & Tedesco Funeral Home in Earlville, NY. Graveside services open to the public will be held on Saturday May 28th, 2022, at 1 p.m. at the Earlville Cemetery. In lieu of flowers contributions can be made in Dereck’s memory to either the Earlville Cemetery Assoc., PO Box 551 Earlville, NY 13332, or to Hospice & Palliative Care, Inc. 4277 Middle Settlement Rd., New Hartford, NY 13413.

To order memorial trees or send flowers to the family in memory of Myron "Dereck" Wilson, please visit our flower store.