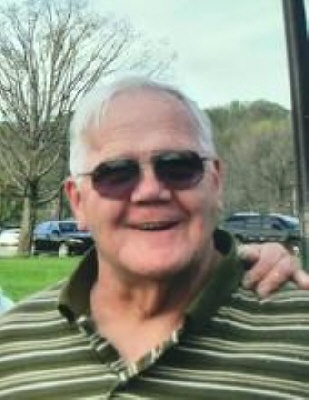 CLINTON: Robert B. Jones, 79, of State Route 12, went to be with his Lord and Savior on Wednesday, March 25, 2020 at the Katherine Luther Rehab and Healthcare Center in Clinton.
He was born April 27, 1940 in Utica, a son of the late John, Sr. and Helen Benson Jones and was a graduate of the Utica Free Academy. He served in the U.S. Army from 1960 to 1963. On July 12, 1969, Robert married the love of his life, Cecelia Mary Lloyd in Westminster Church, Utica, ans shared a loving union of over 50 years. Robert worked for International Heater in Utica until 1982. He enjoyed fishing, woodworking, flower gardening and camping. His greatest joy was spending time with his beloved grandchildren.
Robert attended the City Hope Fellowship in Utica for many years.
Surviving are his wife, Cecelia; his children, Laura Smith of Newport; Rebecca and Scott Pierce of Piseco; grandchildren, Jordon Smith of Clinton; Madeline Pierce of Leadville, CO; Jeremiah, Levi and Lillian Thankful Pierce, all of Piseco; brothers and sisters-in-law, John and Linda Jones of Remsen; James and Judy Jones of Sylvan Beach; ans several loved nieces, nephews. He was predeceased by a nephew, Stephen Jones, and his fishing buddy, Brian Kupiec.
Due to the current health concerns, CDC and NYS directives, services must be private at the convenience of his family.
The family would like to thank all those involved with his care over the years, especially Dr. Kannan, Dr. LaFont and in his last days, the Gordon unit at the Lutheran Home for the love, kindness and understanding shown to him and his family during this time.
Contributions in his memory may be made to the Lutheran Homes Foundation, 108-110 Utica Rd., Clinton, NY 13323.
Arrangements have been entrusted to Burgess & Tedesco Funeral Home, 210 E. Main St. Waterville, NY 13480.
To order memorial trees or send flowers to the family in memory of Robert B Jones, please visit our flower store.