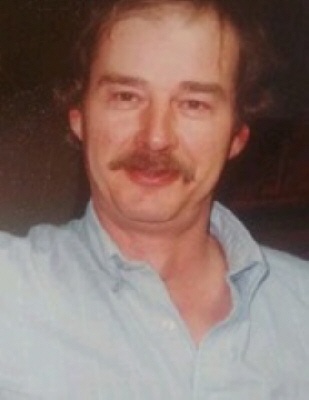 COLUMBUS: Russell Alan Reynolds, born May 8, 1942 on the family farm on Skinner Hill in Sherburne, NY, passed away from natural causes on March 2, 2021 at his home in Columbus, NY at the age of 78 .
Russ grew up on a farm in Earlville where the family moved to in 1945 and had lived in the Sherburne/Earlville area his entire life. He graduated from Earlville Central School in 1960, then attended both Ithaca and SUNY Morrisville colleges. Also in 1960, Russ married Sandra Stewart. They were married for 29 years and raised 4 children.
Russ was a sports editor for the Evening Sun, delivered milk for Tri Valley, was a laborer at the Norwich Shoe Factory, an equipment operator for Les Strong Corporation, and a laborer for Congel-Palenscar. He was also a foreman for Gorton Construction Company, and an assistant equipment manager for the Athletic Department at Colgate University. “Rusty” was a tenacious multi-sports and games competitor who was also a dedicated fan. A versatile athlete, Russ excelled in high school sports and later played baseball for the Earlville town team and then, softball in the Sherburne Softball League. He coached youth sports, including little league and soccer. His pond and his driveway were the sites of numerous boot hockey games throughout the years, where he was known an “Mr. Invincible” for his goalie skills.
Russ enjoyed hunting, fishing, canoeing, golfing, wiffle ball and playing cards. A natural gardner, the south paw's green thumb led to decades enjoying the fruits of his harvest. A loving and caring father, he liked to take hikes with family in the woods on Skinner Hill, Castle Hill and Reynolds Ridge. Although Russ couldn't swim, he had a fondness for the Chenango River, particularly the Little Eddy, Deep Eddy, and Long Level. Russ' all-around knowledge and wisdom made him a formidable opponent when watching Jeopardy. He was a member of the Norwich Moose Lodge 101 “Traveling 10” shuffleboard team. Rusty won many shuffleboard tournaments and is still considered the second-best shuffler in the northeast.
He was predeceased by his parents, Joseph and Mary(Yasas) Reynolds; sisters, Joan Stimson and Judy Reynolds; and a son, Matthew Reynolds. He is survived by his children, Michael (Lori) Reynolds of Norwich; Michele (Peter) Richards of Tully; Mark Reynolds of Sherburne and Melinda Reynolds of Sherburne; brothers, Don (Vicki) Reynolds of Oxford, Phil (Rita) Reynolds of Clifton Park; a sister, Sue (Frank) Frair of Sherburne; and a brother-in-law, Charlie Stimson of Princeton, Mass. Also surviving are 8 grandchildren, 5 great-grandchildren, several neices, nephews and cousins, and of course, his faithful dog Charma.
A celebration of Russ’ life will be held at a later date and time to be announced.
Interment will be in the West Hill Cemetery, Sherburne.
Contributions in his memory may be made to the Sherburne Emergency Squad, P.O. Box 924 Sherburne, NY 13460.
Arrangements have been entrusted to Burgess & Tedesco Funeral Home, 10 S. Main St., Sherburne, NY.
To send a condolence and sign the Book of Memories online go to https://www.burgessandtedescofuneralhomes.com
To order memorial trees or send flowers to the family in memory of Russell A. Reynolds, please visit our flower store.