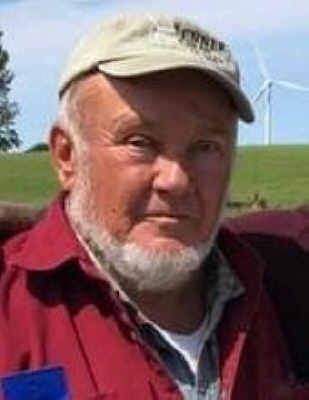 CAZENOVIA: Scott A. Griffin, 76 of Peterboro Rd., passed away, Friday October 29,2021 at University Hospital, Syracuse. He was born September 5,1945 in Canastota, a son of the late Donald D. Griffin and Elizabeth Wadsworth Griffin and received his education in Canastota schools. Scott was united in marriage to Donna (Hynes) Griffin. He was a union carpenter from 1968 to 1980 and currently was the President of Griffin Land Management Co., Cazenovia. Where he loved to dive into random Business, Farm, Construction and Real Estate ventures. Scott enjoyed deer hunting, especially with his sons and grandsons.
Surviving is his wife Donna, their children, Kelly and Stan Covert of DeRuyter. (their son Jason Covert and Sarah Rouse and great grandson, Brantley). Jeffrey Griffin, Joseph Griffin (his son Scott and daughter Ella Griffin). Jason Griffin (his fiancée Cynthia Crowe), Casey Griffin, all of Cazenovia., two sisters; Karen Everlith of Wisconsin, Lavonne DeGroat of Munnsville, two sisters in law, Kathy Griffin of Colorado, Alicia Griffin of Morrisville and many nieces, nephews and cousins. He was predeceased by two brothers, Timothy and Jerry Griffin and a close and longtime friend, Ralph Colvin. If you are lucky enough to be a farmer and own some land and tractor or two, when working think of Scott. If you’re a hunter when hunting with friends and family remember Scott because that is what he would want.
Funeral services will be held Friday November 5, 2021 at 1:00 PM from the Burgess & Tedesco Funeral Home, 31 Cedar St. Morrisville NY. Interment will follow in Peterboro Cemetery. Friends are invited and may call on Thursday from 2:00 to 4:00 and 7:00 to 9:00 PM at the Funeral Home.
In lieu of flowers donation’s in his name can be made to: (SEVAC) Smithfield-Eaton Volunteer Ambulance Corp., PO Box 1030, Morrisville, NY 13408
To send a condolence and sign the Book of Memories online go to www.burgessandtedescofuneralhomes.com.
To order memorial trees or send flowers to the family in memory of Scott A. Griffin, please visit our flower store.