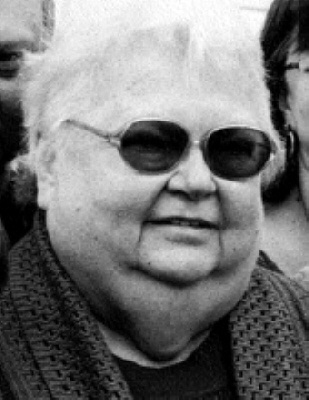 Sylvia P. Nourse, 75, of Old State Rd., Erieville, NY, passed away Monday, October 25, 2021 at Community Memorial Hospital in Hamilton, following a brief illness.
She was born on May 20, 1946 in Fabius, NY, a daughter of Ernest and Margaret Eipp June and was a graduate of Broadalbin (NY) Central School, Class of 1964. On September 26, 1964, Sylvia married Earl D. Nourse in the Welsh Church, Nelson, NY, a loving union of over 57 years. She had worked in Food Service for Morrisville Auxiliary Corp at SUNY, Morrisville for 25 years. Together with Earl, she was the Animal Control Officer for the Town of Nelson for approximately 25 years during the 1980’s and 1990’s. Sylvia loved watching Syracuse University basketball. She enjoyed her cats and making carnation bouquets.
Surviving are her husband, Earl; her children, Susan and Todd Ferguson of Alpine, NY; Adam and Elsa Nourse of Richmond, VA; Aaron and Charlene Nourse of Morrisville; sisters, Norma Sevier of Cazenovia and Irene DeRocco of Tampa, FL; grandchildren, Marissa Ferguson and Hailey Ferguson, Samantha Nourse and Charlie Nourse; a sister-in-law, :Laurie (Robert) Bishton of Hubbardsville; brothers-in-law, LeRoy Nourse (Lori Loop) and Roger Nourse (Julie Hauff); several nieces and nephews; and her cats Schuyler and Zippy. She was predeceased by her parents, and brothers, Ernest (Jim) June, Jr. and William June.
Funeral services will be held at 11am Saturday, November 6, 2021 at the Burgess & Tedesco Funeral Home, 31 Cedar St., Morrisville, followed by interment in the Welsh Union Cemetery, Nelson, NY.
Friends are invited to call at the funeral home Saturday from 9:00-11:00 am prior to the service.
Contributions in her memory may be made to the Welsh Union Cemetery, c/oThomas Davies, PO Box 584, Cazenovia, NY 13035; or a Humane Society of one’s choice.
To send a condolence and sign the Book of Memories online go to www.burgessandtedescofuneralhomes.com
The family has requested that anyone attending to plese wear a mask.
To order memorial trees or send flowers to the family in memory of Sylvia P. Nourse, please visit our flower store.