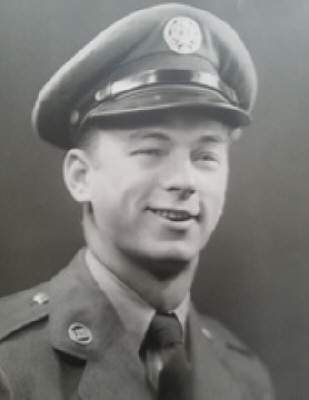 Terrance D. “Terry” Tomsic, 82, of N. Main St., Earlville, NY, passed away Sunday, April 28, 2019 at Community Memorial Hospital in Hamilton.
He was born August 3, 1936 in Poolville, NY, a son of Thomas, Sr. and Doris Peck Tomsic and was a graduate of Norwich High School. He proudly served in the U.S. Air Force from 1954 until his honorable discharge in 1958. On November 29, 1964, Terry married Sandra Eggleston in Poolville, a loving union of over 54 years. He owned and operated Terry Tomsic Electric in Earlville until retiring. He had previously worked at T.A.C.O. in Sherburne, was an electrical inspector for NY Atlantic Inland; and was a draftsman at Simmonds Precision in Norwich. He also taught design drafting at B.O.C.E.S.in Norwich.
Terry was dedicated to his community, having served as Village Trustee and then as Mayor of Earlville for 26 years. He was also a talented artist who worked in oils.
He was a member of the First United Methodist Church in Earlville. Terry always had a joke or kind word for all those he encountered. He could travel near and far, always running into a friend or acquaintance. He leaves nothing but the best of memories to those who knew him and will be remembered and missed forever. He was a truly extraordinary human being!
Surviving are his wife, Sandra; his children, Michelle and Edward Kelly of Carson City, NV; Braxton “BJ” and Jennifer Tomsic of Sherburne; a sister, Anita Sherman of Minden, NV; many beloved nieces and nephews; his grandchildren, Gregory Leonard and Patrick Kelly, both of Carson City, NV; Gabrielle and Joseph Tomsic, both of Sherburne; great-grandchildren, Malachi, Holden and Oliver Leonard, all of Carson City, NV. He was predeceased by a sister, Sally Money, a brother, Thomas Tomsic, Jr.; and a brother-in-law, Stanley Sherman.
Memorial services will be held at 1pm Saturday, May 4, 2019 at the Burgess & Tedesco Funeral Home, 3 Preston St., Earlville, followed by interment with military honors in West Hill Cemetery, Sherburne.
Friends are invited to call at the funeral home on Saturday from 11am to 1pm prior to the service.
In lieu of flowers, contributions in Terry’s memory may be made to the Community Memorial Hospital Foundation, 150 Broad St., Hamilton, NY 13346
To order memorial trees or send flowers to the family in memory of Terrance D. Tomsic, please visit our flower store.