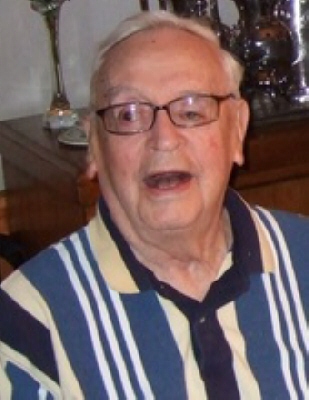 Waldo Irving Scott, 96, of Hamilton, NY passed away peacefully at his home on Friday, November 20, 2020.
He was born in Hamilton on July 22, 1924 a son of Irving and Beth Hartshorn Scott. He was a graduate of Hamilton High School in 1943; received his BA in Government from Cornell University in 1947 and his MA from Colgate University in Hamilton in 1953. In 1965, he received his Doctorate in Education Administration from Harvard University. Waldo’s career in education began at George Washington Jr. High School in Ridgewood, NJ in 1950. He went on to teach at Horace Gridley School in Chappaqua, NY; was the Assistant Superintendent for Personnel at Paul D. Schreiber High School in Port Washington, NY; and was an Assistant Professor at Long Island University C.W. Post Campus until 1985. Following that, he became the Assistant Director of Career Planning for Alumni Affairs at Colgate until retiring in 1990.
Waldo was truly a people person. Not only did he leave numerous acquaintances in the wake of his work life, but many remained in contact with him for the remainder of his life. His 90th birthday celebration was a testament to how admired and respected he was, attended by over 100 people, both local and from the Long Island/NYC area. Upon his retirement in Hamilton, Waldo continued to enjoy meeting and conversing with everyone he met from all walks of life. He volunteered at the switchboard of Community Memorial Hospital in Hamilton, frequented local restaurants, and enjoyed the Hamilton Wellness Center. An educated, intelligent and widely traveled individual, his roots were always on the farm where he grew up, “I.U. Scott & Sons Farm”, known widely for its purebred Holstein cattle. There, he enjoyed the camaraderie of his two brothers, and frequently brought guests with him from Long Island so that he could show off the farm and the beautiful countryside, often unfamiliar sights to those growing up in the city.
Waldo was a member, former church clerk and a former member of the Board of Deacons of the First Baptist Church in Hamilton. He was dedicated to and active in his community as a member of the Hamilton Club, the Community Memorial Hospital Auxiliary Board, and the Club of Chenango County. He was also a member of the Colgate Alumni, the Cornell Club in NYC; the national AARP and the Madison Co. AARP.
Waldo is survived by his nieces, Su-ellen Scott, formerly of Hamilton, now from Cocoa Beach, FL; Beth Scott (Mark Stanbro) of Manlius, NY; and Jill Scott Nilles of Madison, NY; a nephew, Neal Scott (Chris) of Kingston, Ontario, Canada; 4 great nieces, 2 great nephews and 1 great-great nephew. He was predeceased by his brothers and sisters-in-law, Reginald and Harriet Scott, Harlan and Marion Scott; and a nephew, Jeffrey Nilles.
A public Memorial Service will be held at 2pm Saturday, July 10, 2021 in the First Baptist church, Broad St., Hamilton, NY.
Interment at Woodlawn Cemetery in Hamilton is private.
In lieu of flowers, Waldo requested that donations in his memory be made to the Woodlawn Cemetery, PO Box 216, Hamilton, NY, 13346; Community Memorial Hospital Foundation, 150 Broad St., Hamilton, NY; The Hamilton Food Cupboard, PO Box 411, Hamilton, NY or to the First Baptist Church, PO Box 73, Hamilton, NY.
Arrangements have been entrusted to Burgess & Tedesco Funeral Home, 25 Broad St., Hamilton.


To view the LiveStream of Waldo Scott's Memorial Service, please click the following link: https://my.gather.app/remember/waldo-scott
To order memorial trees or send flowers to the family in memory of Waldo Irving Scott, please visit our flower store.