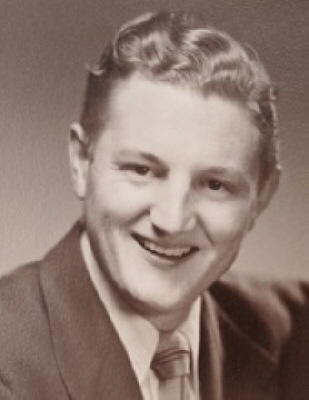 On Saturday, October 26th Wilbur J. “Red” Raville passed away at the age of 88. He was at peace -surrounded by his family, his music, and Phyllis, his wife of 63 years.
He was a beloved bandleader, teacher, husband, parent, and grandparent. Onstage and off, Red was funny, generous and always kind. He used his wit, his generosity and - above all - his love of music, to build a community. That community repaid Red with adoration, support and the honking of car horns.
At every phase of his long and happy life he made friends easily and held onto them. The youngest of Joseph and Dora Raville’s four children, Red was born on November 11, 1930 in Malone, NY. It was in Malone that he first learned Piano and Trumpet - attending Franklin Academy playing in the Malone Town Band and playing his first dance jobs at just 13. At the New York State Teachers College at Potsdam and in the Delta Kappa Fraternity, he built friendships that lasted for the rest of his life. After earning his Masters in Music Education from the Crane School of Music he enlisted in the Army, playing in the Fort Hamilton Army Band in Brooklyn.
While serving his country in New York City he learned the French horn from Arthur Berv of the NBC Symphony and was forever touched by attending Arturo Toscanini’s final performance.
Red’s first job after the military was at Potsdam, where he met and danced with Phyllis Corbin, then a music librarian at the Crane School of Music. His red hair caught her attention, and his good humor kept her happy, in love, and together for 63 years. After their marriage on June 9th, 1956 the young couple moved to the Earlville Central School District. 54 years later he would be inducted into the school’s hall of fame and received the Lifetime Arts Award from the Chenango County Council on the Arts for his many contributions as a music and vocal teacher.
He created the Sherburne Community Chorus, Red Raville’s Big Band Sounds, and The Mid-York Shining Brass Band. He became the conductor of the Smyrna Citizens Band, where each beautiful musical number was followed by the sound of car horns honking their appreciation into the summer night. He was the organist and choir director at St. Malachy’s Catholic Church, Episcopal Church of the Epiphany, and the United Church of Christ - all in Sherburne.
Red and Phyllis did all this while raising four children and helping to raise four of their grandchildren - taking them in when they were in need. His family knows that Red is now surrounded by the horses and chickens that he loved so much in life. That he is playing music and tending to his vegetable garden. That he has already organized at least one heavenly choir and will greet his family with his trademark good humor and generosity.
Red is predeceased by his two brothers Lawrence and Edward Raville. Survived by his wife Phyllis Raville, sister Burneda Ford, his children David (Linda) Raville of Glen Falls, Leslie Myrick of Earlville, Steven (Christine) Raville of Sherburne , Jeannine Jeter of Greenfield Center, and his Grandchildren: Shawn, Stacy, Shannon, Mykel, Neith, Svante, Shalita, Sarah, Elizabeth, and Joseph along with 7 great grandchildren.
Calling hours will begin at 1:00pm Saturday November 2, 2019 at the Sherburne Episcopal Church of the Epiphany. A funeral service will follow at 3pm.
In lieu of flowers, donations can be made to the Smyrna Citizens Band and the Episcopal Church of the Epiphany in Sherburne. And wherever you are at 4pm this Saturday, if Red or his music ever touched you, his family asks you to kindly honk your car horn.
To order memorial trees or send flowers to the family in memory of Wilbur J. Raville, please visit our flower store.