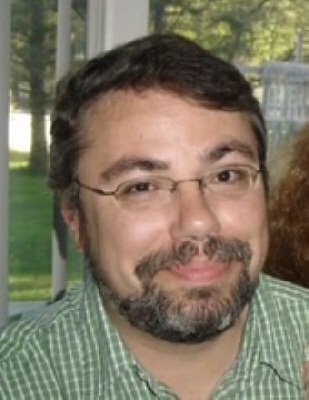 NORWICH: William L. Lavoie, 54, of Bartlett Road, passed away Sunday, August 19, 2018 at Mary Imogene Bassett Hospital of Cooperstown.
He was born October 2, 1963 in Manhattan, KS, a son of Rene and Charity Wright Lavoie. He is a 1981 graduate of Sherburne-Earlville High School and a graduate of SUNY Morrisville. On March 14, 1987, he married Kathryne A. Whitney at St. Malachy’s Church in Sherburne after meeting her while bar tending at The Zoo. He worked at Metropolitan Life Insurance Company and NY Central Mutual for many years then became a senior claims adjuster at Kemper Insurance Company, Dewitt.
William was a member of St. Malachy’s Church, Sherburne. He was an avid Star Trek fan, he also loved to read and was an excellent cook. He acquired his cooking skills from his dad and watching Rachel Ray. He was a Boy Scout (almost an Eagle Scout) which developed his love for fishing and camping.
Surviving are his wife, Kathryne; father Rene (Eileen) Lavoie Sr. of Mechanicsburg, PA; sons, Scott Lavoie of Rochester and Matthew Lavoie of Norwich; daughter, Whitney Lavoie of Norwich; brother, Rene (Lisa) Lavoie II of Canastota; sisters, Amy (Ronald) Crisp of Winterville, NC and Marcie (Michael) McCardell of Mechanicsburg, PA; brothers-in-law and sisters-in-law, Robert Whitney of Norwich, Timothy (Melanie) Whitney of Folsom, CA, Alan (Robin) Boulant of Scotia, Shawn (Kim) Boulant of W. Sand Lake, NY, Kimberly (Thomas) Harvey of Norwich and Paula (Brian) Swartout of Citrus Heights, CA. and many nieces, nephews and cousins. He is predeceased by his mother, father-in-law Emerton Whitney and mother-in-law Gwendolyn Boulant.
A Mass of Christian Burial will be celebrated at 1pm on Saturday, August 25, 2018 from St. Malachy’s Roman Catholic Church, 31 E. State St., Sherburne. Interment will follow in St. Paul’s Cemetery, Norwich.
Friends are invited to call from 7-9pm on Friday, August 24, 2018 at Burgess & Tedesco Funeral Home, 10 S. Main St., Sherburne, NY.
Donations in his name may be made to Donate Life America at www.donatelife.net. The family would like to encourage everyone who is willing and able to consider registering as an organ donor at www.organdonor.gov.
To send a condolence and sign the Book of Memories online go to www.burgessandtedescofuneralhomes.com

To order memorial trees or send flowers to the family in memory of William L. Lavoie, please visit our flower store.