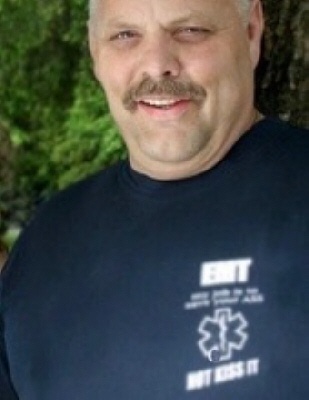 William M. “Bill” Excell, 58, of East Main St., Earlville, NY, passed away Wednesday, September 30, 2020 at his home.
He was born March 20, 1962 in Norwich, NY, a son of William D. and Marsha Switzer Excell and received his education in Sherburne-Earlville schools. He later received a degree from Huff Brau Tech where he majored in tequila. On May 15, 2004, Bill married Linda Johnson. He had worked for the NYS Highway Department until retiring this year. Bill was very committed to his community, having served as Mayor of Earlville from 2012 to the present time. He also served on several emergency squads as an emergency medical technician including Earlville, where he was Captain of the EMS, Sherburne, Hancock Ambulance, S. Otselic, New Berlin, SOMAC and Superior Ambulance at Cooperstown Medical. He enjoyed hunting, fishing and bar-b-ques. Bill was a devoted family man who will be dearly missed by all.
Surviving are his wife, Linda; children, Ashley Townsend of Smyrna; “My Little Girl” Amber Excell (Jeffrey Collins) of Sherburne; Tabatha (Ryan) Brembs of St. Petersburg, FL; Heather McEligot (Robert Wilson) of Pinellas Park, FL; Tracey (Jared) Fowler of Port Allegany, PA; and Tiffany Webb of St. Petersburg, FL; a sister, Rhonda (Robert) Gillette of Oriskany Falls; brothers, Terry Excell of Decatur, AL; and Jeffrey (Kelli) Excell of Cicero; grandchildren, Breanna Foster, Madison Townsend and Michaela Wilson; aunt, Martha Wilson of Earlville; several nieces, nephews, cousins; and his canine companion Gidget. He is also survived by his second family in Hancock who affectionately called him “Pigman”; and his hunting brothers from Maine. He was predeceased by two uncles, Ronnie Excell and Darwin Wilson; and grandmother, Beatrice Baker;
Friends are invited to call at the Burgess & Tedesco Funeral Home, 3 Preston St., Earlville from 2-4 and 7-9pm on Tuesday, October 6, 2020. Following current health guidelines masks are required.
His family will hold a celebration of Bill’s life on May 1, 2021 at his home.
Contributions in his memory may be made to St. Jude’s Children’s Research Hospital, 501 St. Jude Pl., Memphis, TN 38105-9959; or the Earlville Fire Department, PO Box 37, Earlville, NY 13332.
To order memorial trees or send flowers to the family in memory of William M. Excell, please visit our flower store.